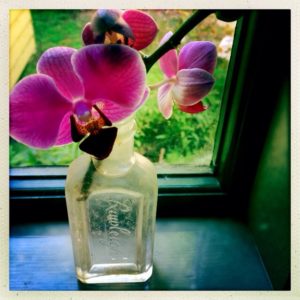 The first week of the holidays has passed in a blur of small details. Observation is such an important part of a writer’s life

The joy of the first school-holidays milkshake.

The look on Mr7’s face – half pride, half terror – as he took his place on the hang-gliding ride at the Easter Show, All By Himself.

The horror on Mr10’s as we viewed the 350 kilogram pumpkin that won the ‘best pumpkin’ ribbon. “That’s my worst nightmare,” he muttered. Not a fan of the orange veg.

The tiny bits of tinfoil wrapper now decorating the Old Girl from one end to the other after the Easter Egg frenzy has abated.

That sense of satisfaction one feels having cleaned off the kids’ bookshelves and made room.

The wonder of reading a draft manuscript that feels as though it were written by someone else. Where does it come from?

What are the small details of your last week?