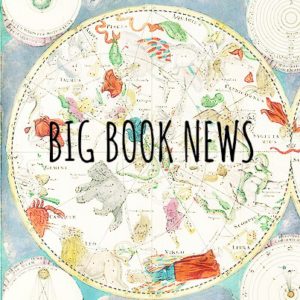 Last Friday I pressed send on my monthly newsletter, which included this little update:

“I’m beyond excited to announce that the first novel in my three-book middle-grade fantasy/adventure series will be published on 14 October, 2014 by Hachette Australia, with books two and three to follow in March and October, 2015.

Yep. Three books within 12 months. You can see why I had to write this post about being Missing. In Action. And if you’ve been following along with my #writeabookwithAl hashtag on my Facebook page, you’ve been watching my progress firsthand!

I’m looking forward to sharing more details about the series, which is aimed at 10+ readers, in coming months, including titles and covers as they come to hand. I hope you’ll share the adventure with me!”

I am loving writing this series, more than I could ever have imagined. I have fallen hard for all my characters and am really enjoying, er, guiding them through a series of adventures. I’ll introduce you to them all as the launch date grows nearer, but for now I must focus on what is turning out to be my busiest writing year ever. Which is saying something.

The series grew out of a chat I had with Mr10 one night. And took on a life of its own when I asked myself, “What if?”.

Never underestimate the power of those two little words.