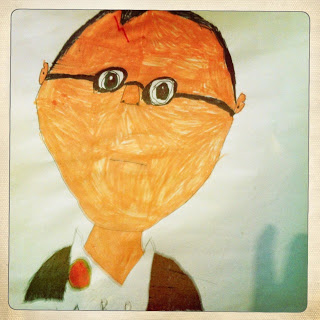 I am naming lots of new characters at the moment. This is not as easy as you might think.

When we named Mr8 we had a boys’ name all set, and then argued for nine months about the girls’ name.

When it came to Mr5, we had the girls’ name ready to go … and came up with a boys’ name on the way to the hospital.

How I name my characters

My technique with characters has always been to go with my first instinct. If I have no instinct, I simply name that character Fred until I think of something later. This allows me to continue on with the flow of the story without getting stuck.

Names can be a real sticking point.

Unfortunately, with this particular project, I have so many characters that if I named all the un-named ones Fred, I’d have bits of text that went like this:

You see my problem. The universal find/replace when I later decide that one Fred is called Dominic and the other is called Horatio will simply not work.

So I’m trying to do it as I go this time. Which is why I currently have a character called Jericho and another called Ham.

I’m thinking that I am going to have a lot of work to do in the second draft.

Are you new here? Welcome to my blog! I’m Allison Tait, aka A.L. Tait, and I’m the author of two epic middle-grade adventure series, The Mapmaker Chronicles (which is what I was writing when I wrote this blog post) and The Ateban Cipher, plus a new ‘almost history’ detective series called the Maven & Reeve Mysteries (you’ll find book #1 THE FIRE STAR here).