Writing outside my comfort zone 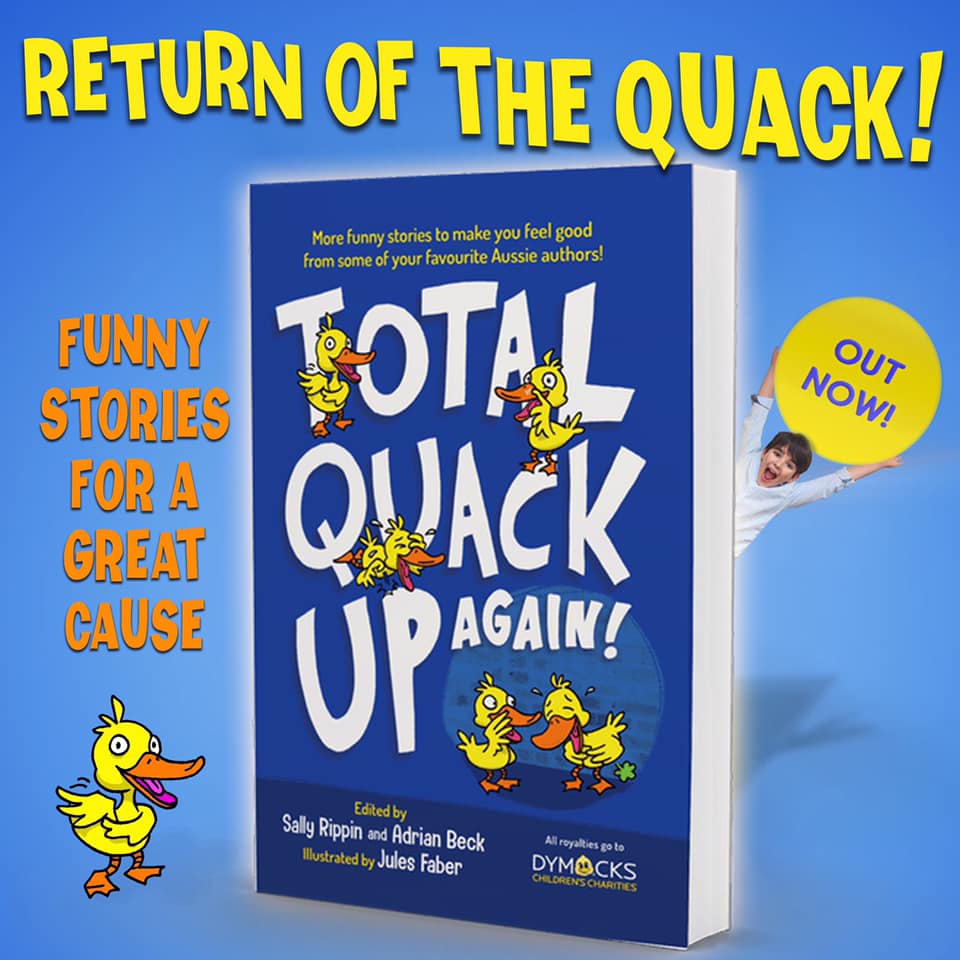 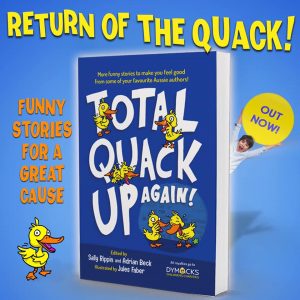 When you think of an A.L. Tait story, are these the kinds of words that come to mind? They are for me.

Hilarious? Rib-cracking? Not so much. (Though Book Boy’s review of the first draft of the first Mapmaker Chronicles manuscript as ‘a little bit funny’ remains one of my favourite reviews ever.)

The truth is that I love a ‘voice’ with humour. My characters are fond of a quip, a wisecrack, a pithy observation. I confess I find myself laughing on the inside as I write some of their dialogue.

But I had never, ever set out to write a ‘funny’ story until Adrian Beck and Sally Rippin sent me an email earlier this year, the gist of which was this:

“Will you write a 2000-word funny story for kids for Total Quack Up Again?”

So, feeling like a complete and utter beginner (which, let’s face it, I am when it comes to this particular type of story), I sat down and blasted out the first draft of ‘How (Not) To Be Funny’, just before the boys (15 and 12) got home from school.

Nervously, I handed it to them, enduring their howls of laughter (at me) when I told them that I needed them to tell me if it was funny.

Then I waited, pacing, listening to the clock tick and the pages turn, as they each read it.

“It’s funny,” was the verdict, and I was so relieved I even forgave them the hint of surprise in their voices that Mum had it in her.

“I’m in,” I emailed to Adrian and Sally.

And then I wrote three other little stories in the same world. Just for fun.

Just because you haven’t…

If you’ve been reading this blog for a while, you’ll know that I became a children’s author almost by accident. Because I had an idea that simply could not be ignored. That idea went on to become The Mapmaker Chronicles, a four-book series.

But, in the end, I simply had to give it a go – mostly because the idea wouldn’t leave me alone.

And I discovered, way out there beyond my comfort zone, something really special.

Is my story in Total Quack Up Again really special? Maybe, maybe not. But pushing myself back out there, into writing something I hadn’t tried before, was a revelation. To me.

Just because you haven’t written it before is no reason not to try writing it now.

So if you’ve got an idea for something different, something well outside your comfort zone, give it a try.

If nothing else, it might just be a lot of fun. 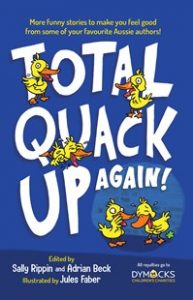 Total Quack Up Again is on sale now!

Each story is illustrated by Jules Faber, and all royalties go to Dymocks Children’s Charities.