Advice for Writers | The Business of Writing | Writing 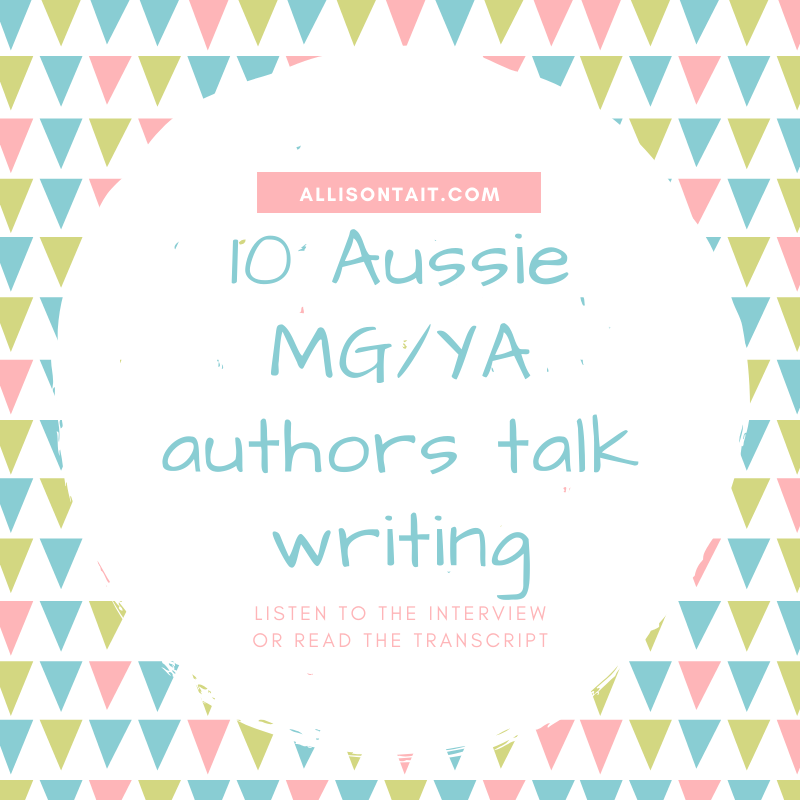 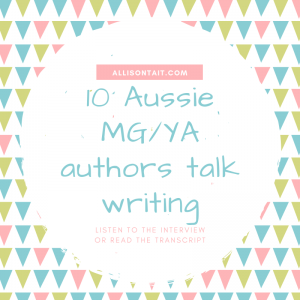 About 200 episodes of So You Want To Be A Writer podcast ago, I created this lovely little round-up of insightful interviews with Australian children’s and YA authors.

I have decided that it’s high time for an update*.

If you’re hoping to be a published children’s or YA author one day, or if you’d just like to learn more about the processes behind some of your kids (okay, yours) favourite books, click the episode number to listen to the interview or read the transcript. Click the author’s name or book title to read more about them and their work.

Rachel Spratt, also known as R A Spratt, is a bestselling Australian author and television writer. She is known for the Nanny Piggins and Friday Barnes series of books, which are both available in many territories worldwide, and a new middle grade series The Peski Kids. She also continues to write for television, specialising most recently in children’s animation.

I thoroughly enjoyed this frank and engaging discussion about the reality of being a children’s author, how to manage being published in different territories, and why a bugle is always a good idea for school visits. Episode 268.

Bren MacDibble is an Australian author of children’s fiction. She also writes YA fiction under the name Cally Black. In 2005, her first-ever YA novel, In the Dark Spaces, won the Ampersand Prize and publication with Hardie Grant Egmont, and went on to win the New Zealand Prize for CYA, a Queensland literary award, an Aurealis award, and a host of other awards, including being a CBCA honour book for 2018.

That same year, her middle grade novel, How to Bee, published by Allen and Unwin, won the CBCA Book of the Year for younger readers, and a string of other awards.

Bren and I discussed her latest middle grade novel, The Dog Runner, writing in a bus and managing two publishers and a hectic schedule! Episode 272.

Jenna Guillaume has been working and writing in team spaces for more than a decade, first in the features department at Girlfriend magazine, and more recently as editor-at-large at Buzzfeed Australia, specialising in pop culture, identity, feminism and social media.

We spoke about Jenna’s debut YA novel, What I Like About Me, and the role that social media played in landing her literary agent and promoting her book. Episode 274.

Amie Kaufman is a New York Times and internationally bestselling author of science fiction and fantasy for young and not so young adults. Her multi-award winning work is either published, or slated for publication, in more than 30 countries, and is in development for film and television. Her series, for YA and middle-grade, include The Illuminae Files, The Starbound Trilogy, Unearthed and Elementals.

Amie is, in short, a rock star and this lengthy interview is engaging and generous – one of my favourites. Episode 276.

Astrid Scholte writes YA fantasy and science fiction novels. Her debut novel, Four Dead Queens, was an international bestseller, selling into 12 territories, and she has a new novel on the way.

In this interview, Astrid takes my co-host Valerie Khoo all the way through the publishing process from germ of idea to finished book. Episode 280

Melina Marchetta is the author of ten novels, including the multi-award winning YA novels Looking for Alibrandi, Saving Francesca, and the 2009 Michael L. Printz Award winner On the Jellicoe Road. In 2011 her novel The Piper’s Son was longlisted for the Miles Franklin Award and shortlisted for the Prime Minister’s Literary Award. Her work has been made into feature films, translated into 18 languages, and published in 20 countries.

In this wide-ranging interview, we looked at the process behind Melina’s latest novel, The Place on Dalhousie, but also went all the way back to the beginning with Looking For Alibrandi – and everything in between. Episode 282.

James O’Loghlin is one of Australia’s most respected, entertaining and experienced corporate speakers, corporate comedians and media personalities, best known as the host of over 300 episodes of the much loved The New Inventors on ABC TV, and for his witty and entertaining programs on ABC Local Radio. He is also the author of ten books, including six for children.

James and I talked about ‘how to write funny’, and how he draws on his own experiences for his popular series The New Kid. Episode 287

In seven years, children’s author and illustrator Matt Stanton has created 23 original titles, four bestselling series, and sold more than 800,000 books. In 2017, his premiere middle grade series Funny Kid, which he writes and illustrates, debuted as the number one Australian kids’ book, and is now finding fans all over the world.

In this interview, Matt and I talked about everything from his background in graphic design and how that helps him through the process of writing and illustrating his books, to working closely with his wife, bestselling picture book creator Beck Stanton. Episode 290.

Mick Elliott is the author of the popular middle-grade trilogy The Turners, and a former producer at Nickelodeon Australia, working on programs such as Slime Fest, Camp Orange, The Kids Choice Awards, and squillions of commercials.

For his latest series Squidge Dibley, Mick added ‘illustrator’ to his CV, and was happy to discuss the challenges and triumphs he faced. Episode 294.

Pip’s latest (middle-grade) novel, The Little Wave, is written in verse, and we had a terrific chat about the process. Episode 301.

Of course, we don’t just speak to children’s and YA authors on the So You Want To Be A Writer podcast, oh no sirreeee! With 300+ episodes to choose from, we have something for everyone, so check out our full list of episodes here.

(If I were you, I’d listen to ALL of them. I can honestly say that I have learnt something different from every single one of the amazing authors who have given up their time to share their thoughts and expertise.) 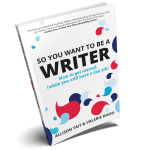 And if you’d like the inside track, get yourself a copy of So You Want To Be A Writer, the book! With hundreds and hundreds of hand-picked tips on everything from the writing process to pitching a publisher, it’s the companion guide to the writing life that you need. More info and buy it here.

*Having done ten, I’ve now realised there AT LEAST another ten brilliant children’s author interviews I’ve left off, so stand by for an update on the update very soon!