The key to getting your fiction published 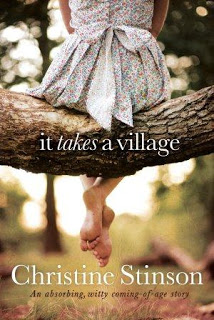 June is a month of bonuses. Well, here at the Fibro it’s about bonus Writer Q&As anyway. As we head toward the end of financial year, I’m having a stocktake sale and there will be two Writer Q&As this month. Two this week, in fact. Are you on the edge of your seat?

The first person on the Fibro lounge is author Christine Stinson. Christine and I met at the 2010 Romance Writers of Australia Conference. In a line for something. Her first book, Getting Even With Fran, had been out a few months and we were chatting about Facebook and this and that and the other. Specifically, how she’d been writing seriously for 20 years before her first book was accepted for publication (in a two-book deal with Pan McMillan… the second book, It Takes A Village, is out now).

Twenty years. Unsurprisingly, Christine believes that persistence needs to be a key part of every writer’s makeup. ‘Dogged persistence’ is, I believe, the phrase she uses. I figured this was a woman with plenty to teach us all about what finally worked, and what didn’t, and the importance of ‘waiting’ well. And you know how I like to ask questions…

Given that it took 20 years to see a book with your name on it, how did you keep going? What made you think you’d get there in the end?
CS: “I don’t know that I was convinced I would get there in the end… The only thing I’ve ever known for sure about writing is that I love doing it. Joining RWA in 1992 helped keep me going through the rejections: misery does love company. I’ve learned a lot from being in a critique group. We work hard, help each other through the tough times and make a point of celebrating each other’s successes with gusto.”

What was different about Getting Even With Fran, do you think? What finally got you across the line?
CS: “Getting Even With Fran was the first novel I ever submitted that wasn’t a romance. I finally worked out that my writing voice wasn’t best suited to the romance genre. Within three weeks of sending Fran to a publisher, I was offered a two-book contract. What sold the book, according to the lovely people at Pan MacMillan, were the ‘strong female voices’, the humour and the way the novel tapped into the concerns and issues affecting women in their late forties – an age group not particularly well represented in contemporary women’s fiction.”

Is being a published author what you thought it would be?
CS: “I didn’t have too many preconceptions, so it’s fair to say that most of it has been a surprise. I did expect to feel some satisfaction, as well as the pinch-yourself thrill I’d heard about from other writers, the first time I saw Getting Even With Fran in a bookstore… Instead, what I felt was mostly relief that the long wait was finally over, coupled with a sense of disbelief that the name on the cover was really mine.

“I definitely didn’t realise how many things I’d have to learn to juggle at the same time: working to a deadline with the second novel, doing structural and copy edits on it, while dealing with the promotional work for the first novel and starting to write the third. Thank goodness housework’s expendable.”

Was the second book more difficult to write than the first?
CS: “Much more difficult. This time last year I was in intensive care with a burst appendix, peritonitis and sepsis. It took quite a while to get over that: I lost the better part of three months working time on It Takes A Village. But the people at Pan Macmillan were wonderful, giving me the extra time and help I needed to get the book finished, polished and ready for publication just before Mother’s Day this year.”

Do you agree that perspiration is as important as inspiration when it comes to writing?
CS: “I do. Writing’s often described as a muscle: if you don’t use it, you run the risk of losing it. Words don’t always come easily; there are days when you can sit at the computer for hours and do nothing more productive than move a couple of commas around. All the same, it’s important to stay sitting there and keep yourself in the habit of writing. If you’re lucky, the good days will outnumber the really sweaty ones.”

You can buy Christine’s books here at Booktopia. Or say hello to her on Facebook here.