WIN a signed copy of THE FIRE STAR

My books | Reading | Writing | Your Kid's Next Read 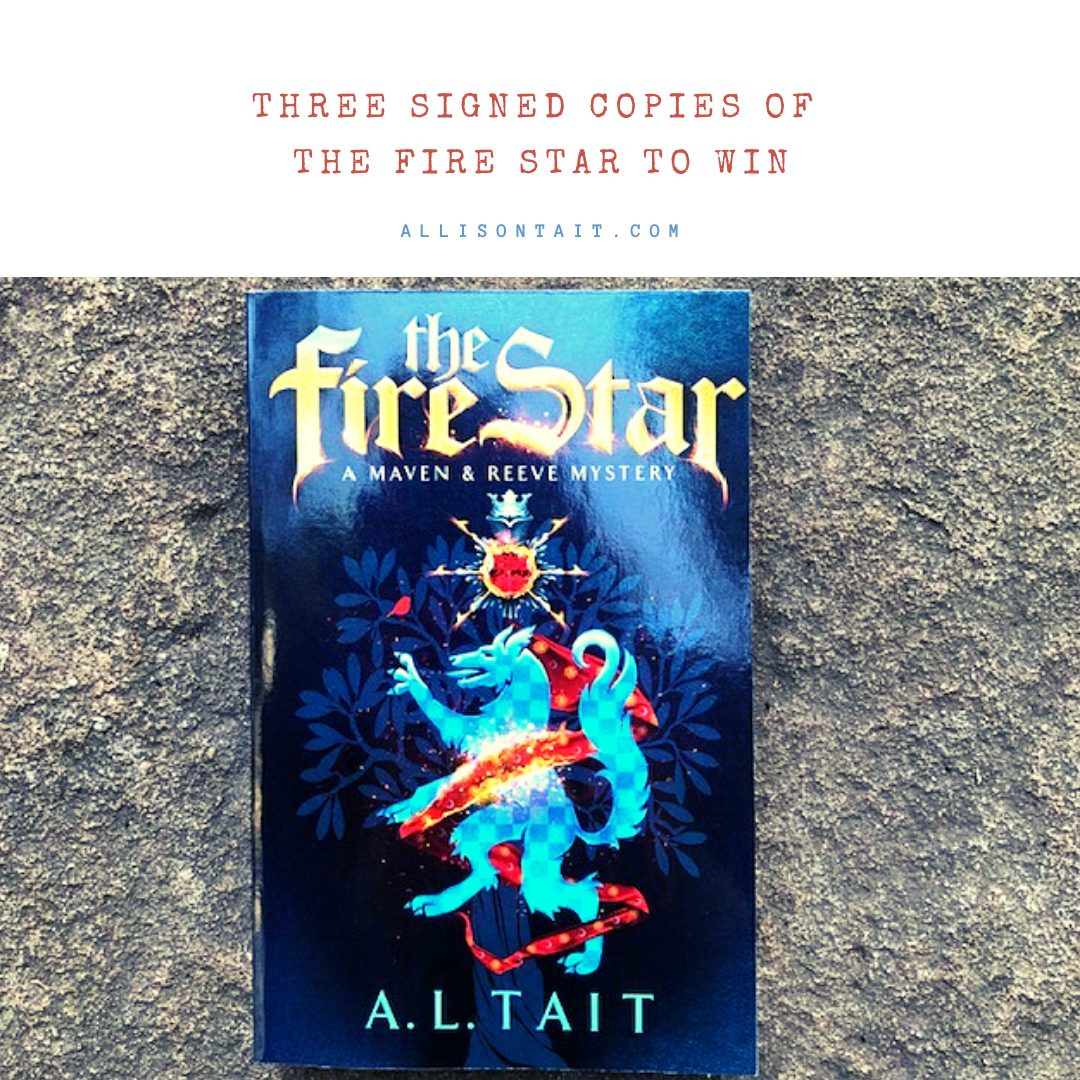 Thanks to everyone who entered! If you missed out, you can pre-order from your favourite Australian online bookseller here.

The countdown is on! With four weeks until the official release of The Fire Star (A Maven & Reeve Mystery), I’m offering three signed copies to WIN.

The Fire Star is an upper middle-grade mystery/adventure novel set in a Medieval world and starring Maven, a 15-year-old maid, and Reeve, a 16-year-old squire. On one level it’s a perplexing investigation into the disappearance of a dazzling jewel, but on the other it’s a novel about secrets, friendship and rebellions, large and small. If you love mystery stories, secret societies and intrigue, this one is for you!

If you’d like to win one, all you have to do is:

All three. There’s a signed copy on offer for each platform and you can enter for each one if you like.

Giveaway ends at 5pm (AEST) Friday 7 August 2020, with winners announced on each platform soon after (as well as here on this post).* Good luck!

*T&Cs: This competition is not associated with Facebook, Twitter or Instagram. Giveaway opens at 5pm on Monday 3 August 2020. Up for grabs are three signed copies of The Fire Star by A. L. Tait, with one book as prize on each social media platform. Each prize is valued at approx $20AUD including shipping. Open to residents of Australia. Entries must follow entry directions to be eligible. Winners will be drawn after 5pm on 7 August 2020 and announced as soon as practicable after that.