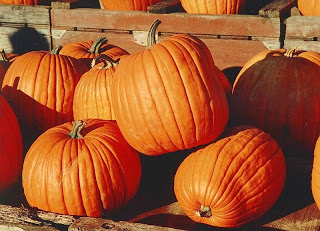 For me, the similarities between writing and gardening are all about the random pumpkin* that appeared in my vegie patch over the last week. (It should be noted that this pumpkin has nothing to do with the inexplicable pumpkins at the ball we attended last month…or does it?)

I didn’t notice the pumpkin at first, surrounded as it was by weeds. But by the end of the week its glorious display of orange flowers was obvious enough not to be dandelions, and it was not to be ignored.

It was not in the best position, being approximately on top of the rhubarb, and so a choice had to be made. Pull the possible pumpkin, or kill it.

What has all this to do with writing?

Let me set the scene with a little more backstory. I’m a bit of a rules girl. Not a Rules Girl by any means (I don’t even remember the last third date I had), but I tend to like a set of instructions. I couldn’t be on MasterChef, for instance, because I like a recipe to follow. My days are planned, my kids like routine, The Builder is of Dutch extraction (enough said).

When I write feature articles and other non-fiction works, there are rules to follow. Things that must be included, styles and formats to address. I work around the information I’m given, whether through research or interview.

The rules go out the window when it comes to my fiction. While I have writer friends who plot every scene and plan every plot point, I am not one of them. I tend to start writing and see what evolves. And what evolves is not always what I expect. Hence the pumpkin.

In the first book I ever attempted, for instance (remember Celeste of the Winter White suit?), I got 20,000 words in and then stopped for months and months. Why? Because my heroine was under a table in a bowling club and the hero had just walked in with a blonde. I had no idea who the blonde was (are you beginning to see why this book wasn’t jumped on by a publisher?) and it took me months to work it out.

Recently I co-wrote a manuscript with my good friend A, an accomplished author whose name you’ll find on books in several different sections of the bookshop. She was in Brisbane, I was in Fibrotown, and yet we managed to crank out 65,000 words between us in less than six weeks, at Christmas time when we were both inundated with other stuff. This was possible for several reasons:

Whether the manuscript will ever come to anything or not is still to be decided, but it was a valuable experience for me. I have always shied away from chapter outlines and scene plans because I felt they were too limiting. What I learned is that with a framework comes the freedom to deal with the ‘pumpkins’ as they pop up. When you know what your book is about, you know if there’s a place for the ‘pumpkins’ – and exactly which spaces they’ll fit into without encroaching on the rest of the plot.

Today, in the garden, I gently lifted the pumpkin plant and put it up the back of the patch, where they’ll have room to stretch and grow. Will it survive the transplanting? Is it actually a pumpkin? Will it attempt to take over the world?

*At this stage, I think it’s a pumpkin. But I am not Peter Cundall. It could yet prove to be a Triffid.