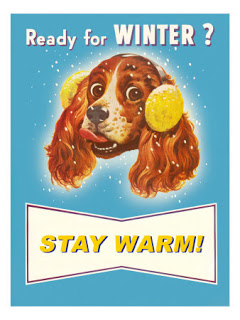 Was it only weeks ago that I was blithely regaling overseas friends with tales of our never-ending Indian Summer? Oh, how the warm have fallen. Winter arrived on cue, with biting breath and blatant disregard for the fact that Autumn had missed the party.

Not sub-freezing or anything and very unimpressive to anyone who’s just emerged from a Northern Hemisphere winter, but still. The shock of going from long, warm days in the low 20s to short, cold days in the low teens is much greater when you don’t get a mellow period in between.

Well, that’s my excuse and I’m sticking to it. It’s not that we’re not a hardy lot, nosirree. Just fortunate.

Imagine my surprise, then, when I was blown through the drycleaner’s front door this morning to discover him standing there – right in front of the freezing blast – wearing a singlet. Not a wife-beater or anything, but a tank top nonetheless. I tried not to say anything. Chances were he’d heard a lot of ‘goodness me, you must be crazy cold’ in the hour since he’d opened. So I tried. I really did.

But I couldn’t help myself.

“Goodness me, aren’t you cold?” says I, throwing out the line that won me ‘wittiest opening gambit’ at the last Small Talk awards.

“I’m from New Zealand,” he answered, as though that said it all.

Mr3, resplendent in the corduroy jacket known by Fam. Fibro as ‘The Furry Bear’ because that’s what every child who wears it looks like, peered out from behind his pram’s plastic windbreak, removed the scarf from the bottom half of his face, and looked up into the man’s face with a raised eyebrow.

It was enough to provoke a further response.

“I had a paper run when I was a kid,” said the meaty, blokey drycleaner, directly to Mr3. “I would go out in the morning and the frost would crunch under my feet. I used to love watching my breath blowing hot into the cold. The air smelt so new and fresh…”

He turned his attention back to me.

“Nothing has ever felt cold since.”