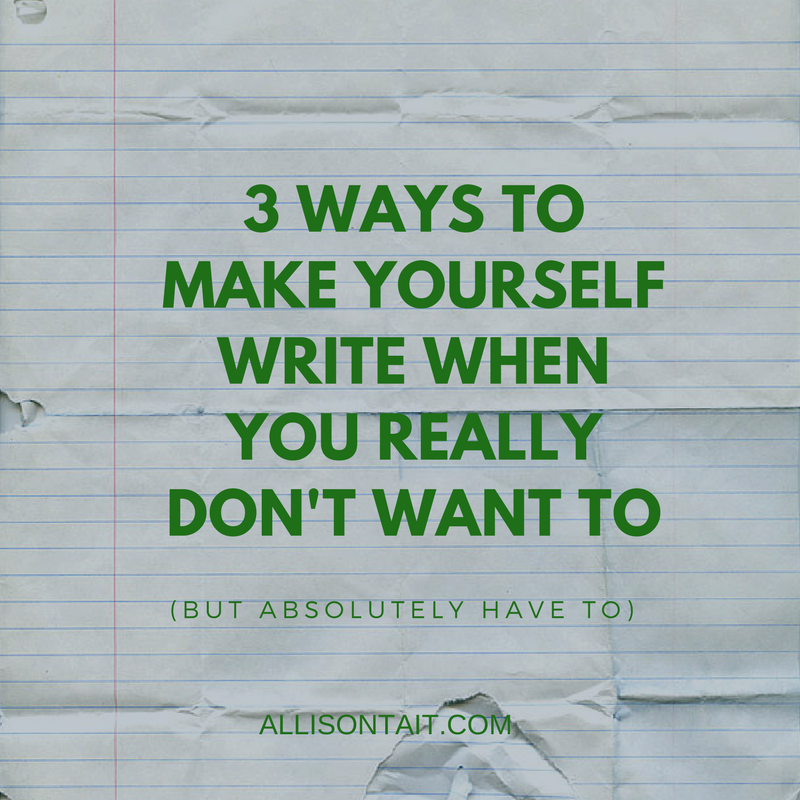 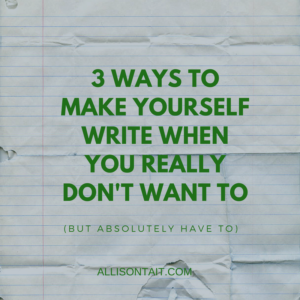 If you were part of my most recent #writeabookwithal challenge, you might be familiar with the name Ruth Devine. Ruth, aka R.E. Devine, faithfully checked in each day on Facebook with word counts of 3000 or 4000, leaving the rest of us in awe.

When I asked Ruth about the secret behind her super-productivity, she whispered a word that I understand very well: deadline. You see, R.E. Devine has a new six-book middle-grade series and Ruth was very, very busy finishing the last few books.

How does she do it? Well, I asked her to write us a post on that very thing.

Take it away, Ruth.

Sometimes I have a Bad Brain Day (BBD). I think most writers do. These are the days when no matter how much you know you should be writing and no matter how close your deadline, your brain (without so much as a polite warning) waves a white flag and says, ‘Not today thank you VERY much.’ Then it shuts up shop and heads off for a snooze. So rude.

When this happens it’s easy to sit staring at a computer screen or a blank sheet of paper for hours while achieving absolutely nothing. No words. Nada. A big fat zero. Word counts do not increase, heart rates do. And the more panic sets in, the less likely you are to be able to write.

However, there are a few tried and tested ways to jumpstart your synapses so that words begin to flow once more. They are tried and tested because I have put all of them to good (frequent) use when fear and panic have forced me into finding a solution to my BBD. These are the three that work for me.

This is based on what’s known as the Pomodoro Technique. Developed by an Italian named Francesco Cirillo, it breaks down periods of work into manageable chunks of 25 minutes with short breaks in between. Cirillo used a tomato-shaped kitchen timer hence the name (pomodoro = Italian for tomato).

I use the timer on my oven because I can hear it from my study and its annoying bleep means I have to get up to turn it off which gives me the chance to stretch, and maybe go wild and switch the kettle on for a cup of tea. These short breaks are important so don’t skip them.

I do 30-minute stretches of time because I like to round things up. Bear with me, it’s just the way my neurotic brain is wired.

In that time I can get about 500 words written because 30 minutes is totally doable, right? Nor do I restrict myself at first to the writing I am supposed to be doing. I might jot down a letter, a limerick or even a list. Other times, I write the part I fancy writing, not the part I’ve got up to. Just by doing this, it seems to short-circuit whatever is holding me back from getting on with the task ahead. No matter if I scrap 400 of those words later, because I’ll still have ended up with 100 more words than I started with. Result!

Using the alarm on my phone provides proximity to too much distraction so for that reason, I leave it outside my study. I also use an app called Self-Control (though there are lots of similar ones) that blocks access for a set period of time to social media and the websites I most frequently trawl.

I’ve only ever had to repeat the timer-write-break routine twice before getting into the zone and the project I’ve been putting off. This really works.

I usually work at my desk but if I’m struggling, then I’ll take myself away and give it a go elsewhere. I try the dining table, the garden or maybe the local reserve. In short, anywhere but my study. NOT the lounge room however because ooh, TV! and NOT the bedroom because ooh, bed! Zzzzz. This simple act of changing where I am trying to work seems to help me actually start writing.

Likewise with the tools I use. I write in a Word document on my laptop but I’ve learnt that I can’t untangle knotty plot twists on a computer. I have to use a basic spiral notebook and a variety of coloured gel pens. That’s just me but the point is that mixing up what your brain knows you usually do hoodwinks it into withdrawing the white flag and getting you back to work.

When I was studying to be a journalist back in ooh, 1843 when the world was in black and white and we did not – GASP! – even have email, I remember being taught the importance of the first line and last line of any piece of writing. What are the words that will hook a reader in and what are those that will stay with a reader afterwards?

Now, if I’m having a BBD, I look at the basic outline of my story, chunk it out into rough chapters and then write the first and last lines of each of those. No matter if they change later, they help define my start and my finish. All I have to do then is fill in the words in between! It’s a mini map with which my brain can cope when it’s feeling fragile and a method that helps bring me back from looking at the big picture when the big picture is overwhelming.

Just start. Don’t think about it. Turn on your computer or pick up a pen. No matter if you don’t think it’s good enough, you’ll have begun. 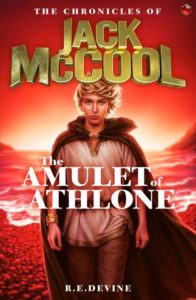 Ruth Devine is the author of the children’s adventure series, The Chronicles of Jack McCool. Book one, The Amulet of Athlone, is in the shops now. Find out more at jackmccool.com.