Do you keep a diary? 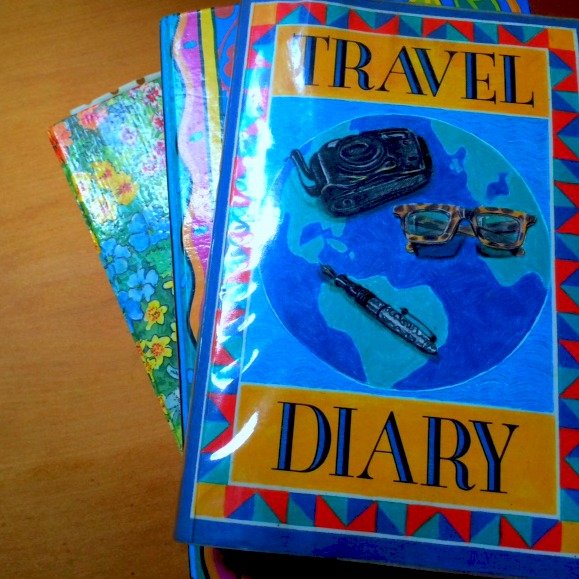 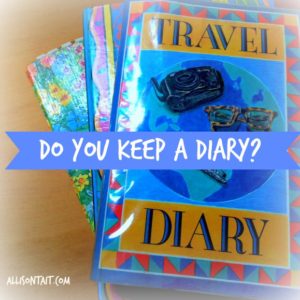 After reading this post this morning where Famous Writers talk about the Creative Benefits of Keeping a Dairy, I was left to contemplate my singular lack of progress in this area.

I remember my first diary, received as a gift when I was perhaps 10 or 11. It was a pink-checked affair, with a pretty old-fashioned girl on the cover, the title My Dairy in gold script, gilt-edged pages, and, the most important bit, a lock and key.

I treasured that book, taking the trouble to hide it in my top drawer, locked, with the key kept separately elsewhere (I can’t remember where… it’s entirely possible the key is still there.)

Unfortunately, I never wrote in it. Oh, maybe once, with a terribly important opening page that said something along the lines of ‘Keep out! B & C if you ever read this you will die a terrible death‘. But that was it. Poor B and C would have gone through all that pain and suffering for nothing had they ever bothered to open said book.

My next diary was an A4 notebook, with a solid, composite cover, which I took with me to Thailand when I went with a friend (and her Mum) after our HSC. I rummaged about earlier and unearthed it from the box labelled ‘Stuff Al Cannot Throw Out Despite Her Best Intentions’, discovering long and rambling descriptions of cocktails ($1!), a convoluted story about singing karaoke with some bar girls in Pattaya, and serious lamenting about the lack of toilet facilities during an elephant trek near Chiang Mai.

As a contrast, Anais Nin wrote passages like this in her diary:

“This personal relationship to all things, which is condemned as subjective, limiting, I found to be the core of individuality, personality, and originality. The idea that subjectivity is an impasse is as false as the idea that objectivity leads to a larger form of life.”

I have three other diaries (see above), all written during the two years I spent overseas. Pretty much every entry in these diaries begins like this:

“Another day gone, another day behind… I’m beginning to feel I’ll never catch up with this diary.”

“Another day to write up at the end of this – will it never end.”

“Now a mere two weeks behind – I honestly don’t know why I bother with this.”

Do you sense a theme here?

I don’t think I really got the hang of keeping a diary until I started blogging. I used to approach them as a record-keeping exercise, describing in excruciating detail what happened every day (hence my inability to ever actually ‘keep up’), rather than choosing one thing and exploring that. I get it now.

“In the Diary I only wrote of what interested me genuinely, what I felt most strongly at the moment, and I found this fervor, this enthusiasm produced a vividness which often withered in the formal work. Improvisation, free association, obedience to mood, impulse, bought forth countless images, portraits, descriptions, impressionistic sketches, symphonic experiments, from which I could dip at any time for material.”

After reading that, and with what I have learnt from blogging, I’m willing to give a journal another go. But, despite my love of beautiful stationery, I think that I would need to simply open a Word document and type it there.

A diary is of no use to anyone if you can’t read it, after all…