Industry Insider: Kylie Ladd on why the writing shouldn’t get any easier 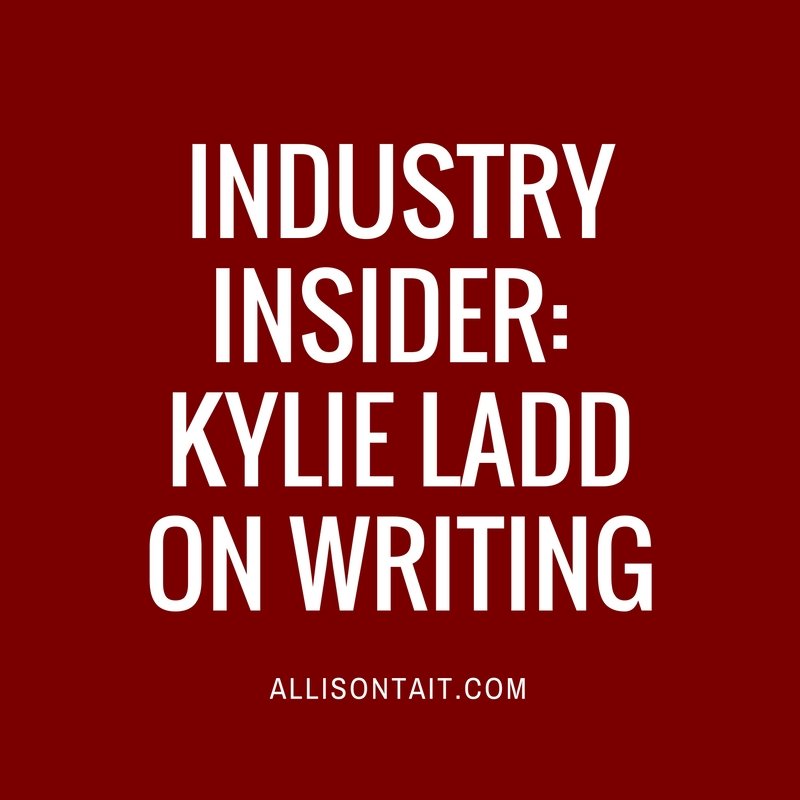 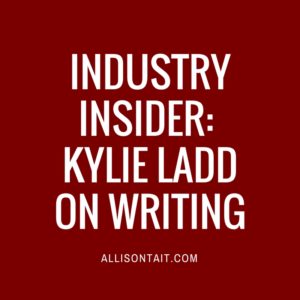 Kylie Ladd, one of my very favourite ‘acclaimed Australian authors‘, launched her third book Into My Arms this week.

I met Kylie on Twitter in my very earliest weeks, and she was and is all of the good things: smart, funny, engaging, friendly. I read her first book After The Fall soon after, and was hooked.

Last time she visited, we talked about characters and voice and lots of other good writing stuff. This time, well … read on.

Now that you have your third book, do you think that the writing gets easier or more difficult as you go along?
Kylie Ladd: “It should be easier, and in some ways it is, because I have the psychological crutch of knowing that I have done this before, a number of times now, and thus there’s no reason I can’t do it again. But really, every book is different, and every book should be harder if you’re also pushing for it to be better than your last (and if you aren’t, why not?), so the short answer is no, not at all. They’re all their own individual forms of hell.”

Do you finish each book with an idea of what the next one might be about?
Kylie Ladd: “Thankfully I do. It’s never a clear, fully-formed idea, but usually as I come into the final 20 or 30,000 words of whatever I’m working on I can sense something glimmering out of the corner of my eye. The trick is not to look at it directly – for one, I might scare it away. More importantly, though, it’s not a time for playing with new ideas – I need to keep my eyes on the horizon so I can steer the story I’m telling into shore.

“It is a comfort to have it there though. I’m not one of those writers who has a thousand ideas before bed each day – usually I only have one every few years, and then I have to make sure I can make it last the length of a book. I’m at the 75,000 word mark of my next (hopefully, fourth) novel now, and I can just feel something beginning to take shape at the edges of my brain. I really hope it’s a new novel, and not a migraine.”

Relationships of one form or another are at the heart of all your books – what’s the most difficult thing about writing about relationships?
Kylie Ladd: “Keeping them real. Having my characters do and say things that real people do, and not what I want them do to move the plot along or work in a nice piece of exposition or what have you. I also get a bit nervous about writing male characters, in case I get the voice wrong, but hopefully I’m getting over that. At the end of the day we’re all people first and foremost.”

You’re an author who doesn’t blog, FB, pin or all the rest – though you do Tweet. Do you agree with Charlotte Wood that ‘branding is junk‘? Or is there another reason you don’t get too involved?
Kylie Ladd: “Oooh, I didn’t know Charlotte said that. I like her even more now! I can definitely see the importance of branding to some extent, but I’m not sure it would be worth it for me. I don’t really think I’m all that interesting… but hopefully my novels are, so that’s what I’d rather work on and put my effort into.

“The other reason I don’t get too involved, as you say, is time (see next question!) and, to be honest, that thing I mentioned above about my general dearth of ideas. I have blogged in the past in a paid position (I know! But not paid much) and while I enjoyed it and am proud of what I produced in that year I found that it didn’t leave much in my tank for my fiction; that I was using insights and ideas and quandaries that I normally would’ve explored or addressed in a novel in my weekly column instead, and then I wasn’t much interested in them anymore or felt I couldn’t go over them again. Also, the pressure to always have something fresh and new and well-punctuated coming along did my head in. (NB. I do actually Facebook. Clearly not that well though!)”

How in the world do you fit being a successful author around being a parent AND a part-time job as a neuropsychologist?
Kylie Ladd: “By not blogging. Seriously though, it’s about discipline- it’s about setting aside time to write and refusing to let myself be talked into going out to lunch or seeing a private patient or even meeting for coffee on those days. It’s about keeping them so sacrosanct that one of my kids would have to be in the ER before I got up from the desk. It’s about allowing myself a bit of time to muck around on Twitter but then unplugging my computer and going to work in the kitchen or backyard if necessary so I can get something done without being lured astray by the siren song of the internet. (We don’t have wireless so I can accomplish this. My children believe we are living in the stone age.)

“Reading back, this all sounds a bit obsessive, but something I always say to my creative writing students is that the first rule of being a  writer is to write. They all look at me like I’m nuts (Write. I paid money for this?), but it’s true. When you can write – and for most of us, that time is limited – the writing must come first.”