The Devil’s in the details 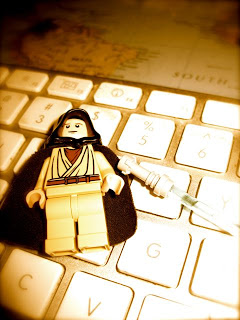 When I was a hapless cadet journalist, back in the day, I learned two major things: how to get to the publisher’s office rain, hail and snow after being sent on countless errands by the Editor-In-Chief, and that if I was to succeed in journalism I need to get two things right: names and phone numbers.

I had cause to remember this vital piece of advice this week when I received an email from my Jedi Writer friend (you may remember her from this post, where I was trying on some Obi-Wan robes). “Oh My God,” she wrote. “I’ve been trying to contact you and realised only today that I had your number wrong.”

It transpired that she has been sending me text messages for the last few months, none of which I have received. Instead, they have been going to a poor woman named Rose, who must have been very confused (but not confused enough to text back that the Youngling had the wrong number). Finally, the Youngling tried to call me. And got Rose. Who’d never heard of me.

The Youngling took my number down with great care when I emailed back.

I learned my own lesson about this the hard way. I was working for a well-known women’s mag and had interviewed the two Funny Men of Radio du jour: Tony Martin and Mick Molloy. I had been nervous about the interview because they were smart and humorous and known to run rings around interviewers. All went well. Right up until the point where the article was printed.

I was not responsible for putting the headline on. In fact, the name was spelt correctly throughout the text. But I’d seen that headline before it went to print. All the sub-editors had seen it. The editors had seen it. But because it was in such big, black, bold type, none of us had really looked at it.

Mick Molloy did not miss the fact that his name was incorrectly spelt. In 54 point type. With my byline on it. And used it as fodder for a particularly humorous radio segment at my expense – it seemed to go on for an hour, but was probably three minutes or less. I only know it was humorous because other people were laughing. I was sobbing into my keyboard at that point.

Do I take particular care over the spelling of names? Oh yes I do.

Which is not to say that I didn’t have a recent near-miss. I spelt the name correctly, yes. But failed to check whether the person about whom my interviewee was speaking was male or female. Unisex name, oh yes it was. Female? Oh no he wasn’t.

Fortunately, that particular disaster was averted in a second draft. But it reinforced the importance of the details. And made me take a long hard look at my Obi-Wan robes. Methinks they should go to the back of the wardrobe for a while…