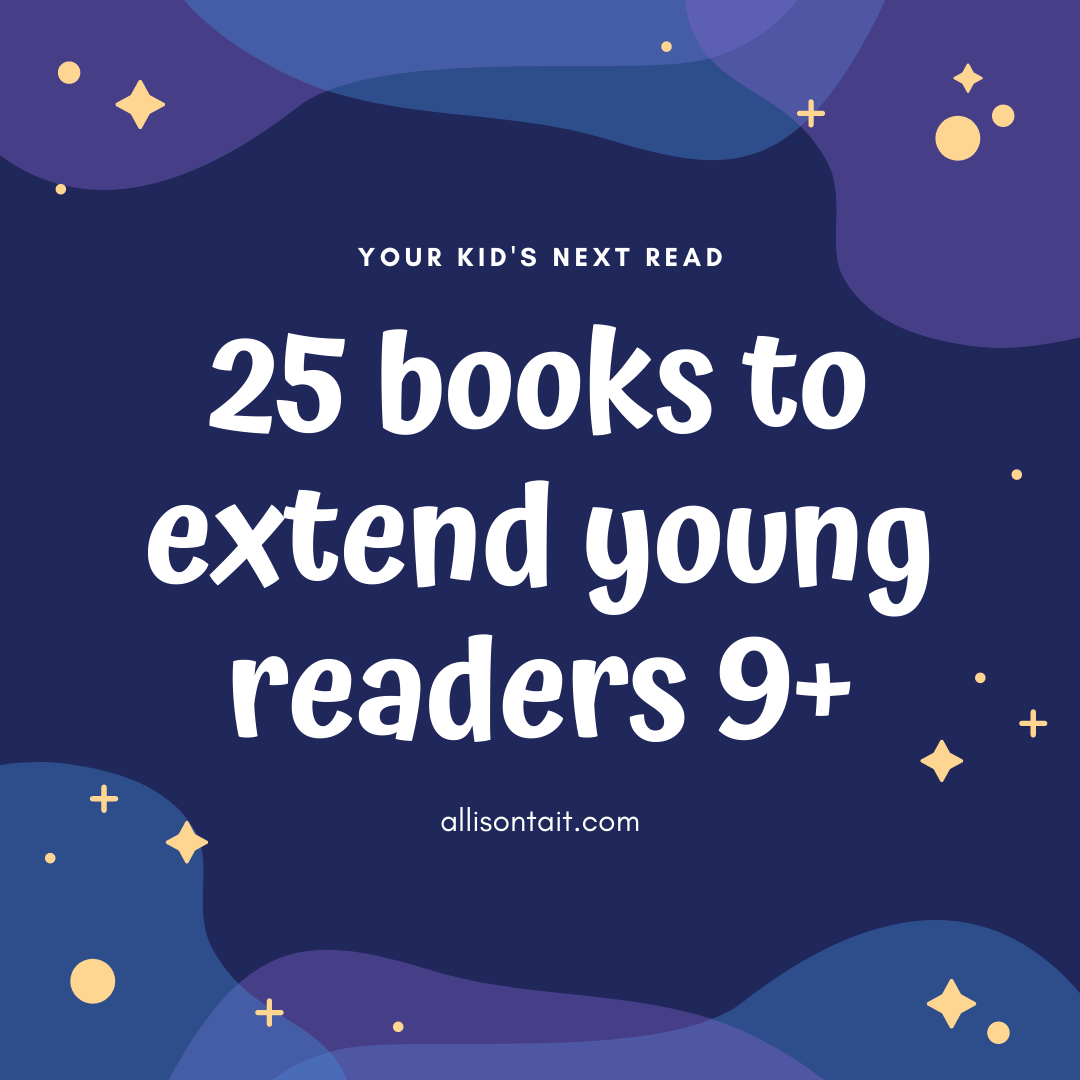 “I’m trying to help my 10 year old move on from books with pictures – please help!”

When it comes to regular queries in the Your Kid’s Next Read Facebook group, these two (or variations of them), are in the top five.

Finding suitable books for a child who is reading at a level well above their age can be a minefield. Your child may be demanding more, more, more, but books for older kids or adults can contain subject matter that young readers are just not ready for.

On the other hand, some kids get stuck in a rut, re-reading Diary Of A Wimpy Kid, or similar, over and over again because they haven’t really found a longer book that ‘grabs’ them. Well-meaning adults will throw all the ‘usual suspects’ at them (think Harry Potter, Percy Jackson, et al), but nothing really sticks.

Extending a reader might mean moving ‘up’ or it might mean moving sideways. Either way, it’s about trying something different. So the Your Kid’s Next Read team (Allison Rushby, Megan Daley, Allison Tait/me) put our minds to the problem and came up with this list.

Whether you have an advanced reader of nine*, or you’re looking to extend your middle-grade reader into books that make them think, feel and wonder, this list has something for you. 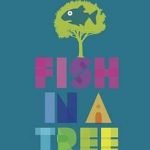 Fish in a Tree by Lynda Mullaly Hunt

Ally is smart. So smart she has been able to fool a lot of other smart people, covering up the fact that she can’t read. And then she meets her match – her new teacher, Mr Daniels.

We are Wolves by Katrina Nannestad

The Russian Army marches into East Prussia and the Wolf family has to flee. Liesl promises Mama she will keep brother Otto and baby sister Mia safe. To do so, they will have to turn wild.

The War that Saved my Life by Kimberly Brubaker Bradley

Ada’s fight for self-worth and a life to call her own is absolutely heartbreaking, as is her carer’s backstory of love and the loss of her partner. Together, these strong-willed characters manage to help each other strive for a happy ever after in troubled times. 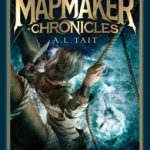 Quinn is content with life on the farm, but he is selected to become a mapmaker. He soon finds himself racing across the world against other ships, battling sea monsters and searching for treasure. What lies off the edge of the map is more than he could have ever bargained for.

A Night Divided by Jennifer A. Nielsen

With the rise of the Berlin Wall, Gerta finds her family suddenly and devastatingly divided.

Inside Out and Back Again by Thanhha Lai

Hà’s whole world is Saigon until the Vietnam War reaches her home and she and her family are forced to flee to America. 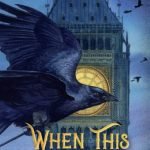 When This Bell Rings by Allison Rushby

This story within a story told by an unreliable narrator and a famous children’s author will leave the reader guessing until the very end and re-reading to see which clues they missed along the way.

Connor’s mum tells him he’s gifted and talented, but the kids at school call him Con-nerd – half Connor and all nerd. A book about finding your special talents and having the confidence to use them.

When people look at George, they think they see a boy. But she knows she’s a girl. When her teacher won’t let her try out for the female lead role in the school play, George and best friend Kelly come up with a plan to show everyone who she really is. 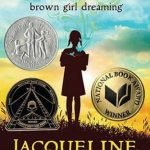 This childhood memoir verse novel sees Jacqueline Woodson growing up in the 1960s and 1970s. It covers an incredible amount of topics, from race to religion, to the divide between the North and the South and the Civil Rights movement, using imagery that will stay with you forever.

When 15-year-old Will is rejected by battleschool and his ambition to become a knight is thwarted, he becomes the reluctant apprentice to the mysterious Ranger Halt. Some fantasy, mostly adventure.

Mia’s immigrant parents are doing it tough and so is Mia, who tends the desk at the Calivista motel while they clean rooms. 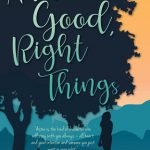 Each day Aster must do a good, right thing – a challenge she sets herself, to make someone else’s life better. Nobody can know about her ‘things’, because then they won’t count. And if she doesn’t do them, she knows everything will go wrong. Then she meets Xavier.

Written from the point of view of 11-year-old Bindi and her friends on Gundungurra Country, this beautiful verse novel explores climate, bushfires and healing.

Three different children with one common mission: escape from the horrors of their war-torn homelands. 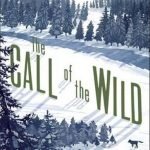 Call Of The Wild by Jack London

A classic tale of survival, adventure and finding your true self, told through the eyes of Buck, a farm dog who is kidnapped and ends up pulling sleds in the Klondike region of Canada during the goldrush.

Willow Chance is a twelve-year-old genius who finds it comforting to count by 7s. It has never been easy for her to connect with anyone other than her adoptive parents and when they are tragically taken from her and Willow must find a way through her grief.

Meg is struggling and hides out in sick bay to avoid other kids. Riley doesn’t want to go to sick bay, but has type 1 diabetes and an over-protective mother. Together, the unlikely pair find the space and courage in sick bay to be themselves. 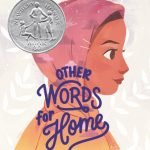 Other Words for Home by Jasmine Warga

Jude and her mother must leave volatile Syria for America and a strange new life full of unexpected surprises.

On the day Cassie was born, they drowned her town. Twelve years later, she and her classmate Liam are drawn to the man-made lake and the mysteries it hides. As summer heats up and the lake waters become lower and lower, secrets are slowly uncovered. Can Cassie bring the shocking truth to light before it’s too late?

Across The Risen Sea by Bren MacDibble

Neoma and Jag and their small community are ‘living gentle lives’ on high ground surrounded by the risen sea that has caused widespread devastation. When strangers from the Valley of the Sun arrive unannounced, the friends find themselves drawn into a web of secrecy and lies that endangers the way of life of their entire community. 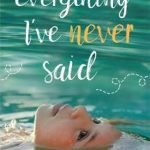 Cece is starting at a new school, one where she is the only kid with a giant hearing aid strapped to her chest. And then she discovers her superpower – she can hear her teacher in the teacher’s lounge and the bathroom. If only she could channel her superpowers into making a true friend …

Told from the alternating views of Peter and Pax (a fox), this is an emotional tale of love, loss, loyalty and the horrors of war.

An exciting, action-packed story. When Sam hears a struggle in the apartment above and sees someone fall (pushed?) from the sixth floor, he goes to wake his father, Harry – but Harry, a crime reporter, is gone, and when Sam goes downstairs, so is the body. The next 24 hours are a heart-stopping ride.

*As always, particularly with advanced readers, suitability comes down to knowing your individual reader. Please check the full description of each book for an insight into themes, level of tension, and more. Clicking the book title will take you to Booktopia. See contact page for details.