My books | News | Reading | Your Kid's Next Read 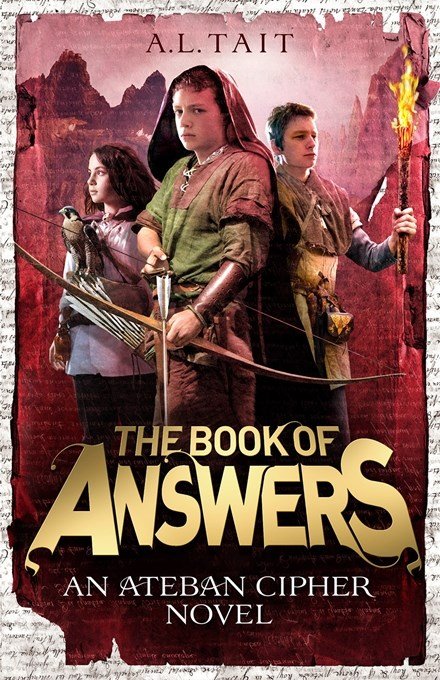 In a very big week for Ateban Cipher news, I’m thrilled to reveal the cover for THE BOOK OF ANSWERS (out in March 2018).

Isn’t it lovely? I particularly like the inclusion of everyone’s favourite bird, Albert…

“An orphan in exile. A band of rebel girls. And a prince whose throne has been stolen. Come on a journey full of danger, intrigue, adventure and incredible secrets.

‘The Ateban Cipher,’ Lucien continued, ‘is also known as The Book Of Answers.’ He stopped again.
‘Answers to what?’ Eddie asked.
Lucien sighed. ‘Everything,’ he said. ‘Or so legend has it. No-one has ever been able to read the book, though many, from kings to scholars, have tried to unlock its secrets.’
‘When you say “everything”?’ Gwyn prompted.
Lucien stared at her. ‘Everything. The meaning of life. How to turn lead to gold. How to stay young forever. How to read the future. Any question you might have, the answer is in here.’

In the gripping second Ateban Cipher novel, Gabe and his companions journey to a remote mountain citadel where they learn the secret of the mysterious, encrypted book that Gabe has been tasked with protecting. But their enemies are close behind them, and new dangers lie ahead.

The astonishing conclusion to The Ateban Cipher duology.”

I’m looking forward to seeing it out in the real world! In the meantime, catch up with book #1, THE BOOK OF SECRETS, here.