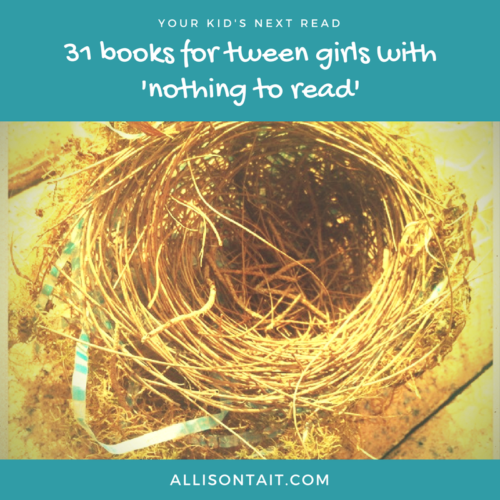 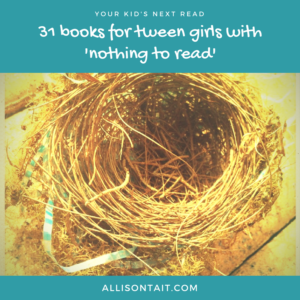 This month, the Your Kid’s Next Read Facebook group celebrates its first anniversary – as well as its 2000th member! Oh my, but it’s been a big year.

We have some lovely giveaways planned (and you’ll need to be a member to enter, so go here), but I’m also running a series of posts collating fantastic book lists that correspond to some of our most popular and recurring questions.

I have a young friend, just turned 13, who has struggled to find books she likes over the last couple of years (so, grade 5 onwards). She’s a reluctant reader, who really enjoyed Ruby Redfort, but her mum would like to offer her a broad smorgasbord to see where her tastes might settle.

She is not keen on fantasy, not interested in ‘Anne of Green Gables’ (L.M. Montgomery) and other classics, and her mum has been keen to keep her out of YA romance territory.

Of course, the group came through with myriad quality suggestions, listed below in no particular order.

Tomorrow, When The War Began (series) by John Marsden

The Lost Twin (Scarlet and Ivy series) by Sophie Cleverly

The Secret of Nightingale Wood by Lucy Strange

The Lie Tree by Frances Hardinge

The Song From Somewhere Else by A.F. Harrold

Because Of Winn Dixie by Kate Di Camillo

The Improbable Theory Of Ana and Zak by Brian Katcher

My Life As An Alphabet by Barry Jonsberg

The Other Side Of Summer by Emily Gale

You’ll find 24 books for tween boys with ‘nothing to read’ here and some great lists of recommend reads for kids 10+ here.

And if you’d like some suggestions for books for boys featuring AWESOME girls, go here.

(NB: Clicking the book title links will take you to Booktopia for more information and to purchase if you wish. Most of these books are also available on Amazon.)