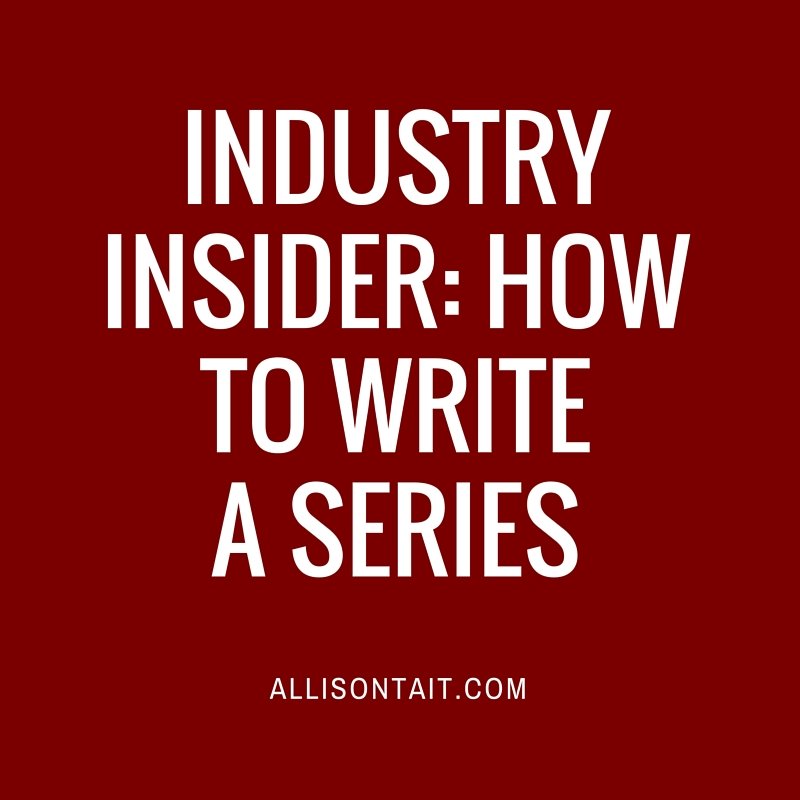 As part of the celebrations for the 100th episode of the So You Want To Be A Writer podcast, I’ve been trawling back through our impressive archive of interviews to bring you the best tips for my Industry Insider series. This week, we’re looking at how to write a series, be it fantasy, sci-fi, crime, for adults or for children.

You’ll find my own thoughts on writing a series here and here, but in this post, I bring you tips and advice from five amazing award-winning and/or bestselling authors of series, all of which have been taken from interviews that appeared on the podcast (click the episode link if you’d like to read the whole interview transcript or listen to the episode). Enjoy!

Do you need to plot out a series really carefully?

“I really just have some brief character sheets, what the character looks like, their likes and dislikes, and their family and habits and a few other things. And then I guess just some major points about the world and the magic system, of course, which is important for epic fantasy. I don’t go overboard.

“I think discovery writers definitely revise a lot more than planners. But, the thing is once you have the first book out of the way there are things that have to happen in the second book, and once you get the second book out of the way there are definitely things that have to happen in the third book to finish off the story. So, you discovery write, but also the further into a book or a series you get the more you know the direction you’re going in as well. So, you can come up with ideas and throw them in, but you pretty much know by the time you start the third book where the story’s going.” Mitchell Hogan, epic fantasy novelist, episode 89

How much time do you need to spend creating the ‘world’ of your series?

“The fact is that it doesn’t matter whether your novel is fantasy or not, the author is always creating a fictional construct, an imaginary world. The trick is to try to make that imaginary world feel absolutely real and absolutely true, it has to have that ring of truth. And, in actual fact, what you want is for the reader to be, when they’re within that fictional world that you have created, they long for it to be real and to wish they never had to leave that world.

“It doesn’t really matter if you are writing a contemporary suspense novel or historical fiction or fantasy, all of which I have written, the craft is all in that sense of making the world feel absolutely real to the reader, and that’s part of the magic of storytelling.” Kate Forsyth, bestselling author for adults and children, episode 21

What makes a series take off?

“You’ve got to have a really strong main character, but it’s also, personally, I think voice is just absolutely critical for kids, to get the voice right. And it’s got to be a very warm and very inviting sort of voice. You’ve got to create a world that they want to keep reentering. So, it needs to be very visceral. I use a lot of food in my books.” Jen Storer, children’s author, episode 98

How do you keep readers coming back?

“I hate those books where you get to book two or book three and the author basically hits the reset button — we’ve all seen those series where the characters just never arc, they never grow, they never change. It’s just the same. I thought, “Well, this is going to be so boring for me to write [each new book, so] he has to grow, and he has to change, and he has to develop. That’s the only way I can keep the interest in this character. So, hopefully the readers will keep their interest as well, if everyone grows and everyone arcs and everyone changes.” Adrian McKinty, author of the Sean Duffy series, episode 97

Should you know how long your series will be from the start?

“I knew it was going to be a series, I didn’t really have enough experience to know how many books it would be. I mean a trilogy was ideal for me. But, I had written the first book and I was working on the second one when the first came out.” AG Riddle, bestselling sci-fi author, episode 85

Are you writing a series? Which aspect are you finding the most challenging?

Are you new here? Meet my two middle-grade adventure series: The Mapmaker Chronicles and The Ateban Cipher.