The difference between editing features and editing fiction

Advice for Writers | Freelance writing | The Business of Writing | Writing 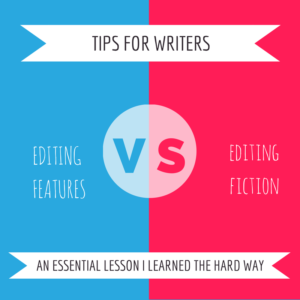 Mr7 and I had a little chat the other day that clarified for me something that has been bothering me about editing fiction for a long time.

“She just wants me to make it like everyone else’s,” he wailed, outraged that his crazy critter had not passed muster. “She says it doesn’t look finished.”

“Was it finished?” I asked, mildly, knowing, as I do, Mr7’s gnat-like attention span.

“It was!” he said. “It was just different to everyone else’s. She said I hadn’t listened to instructions.”

“And had you?” I asked, mildly [repeat comment about attention span here].

I thought a moment. “Here’s a tip,” I said. “Give the teacher what she wants. When she asks for something, just fulfill the brief. Then come home and whip up the craziest critter you can ever imagine. Sometimes, you’ve just got to do what’s asked of you.”

In an ideal world, children would be as creative as they wanted and the crazier the critter the better. But the teacher was clearly looking for something specific and, to avoid having to sit in the classroom the following lunchtime, Mr7 was going to have to give it to her.

This is what writing for magazines and newspapers is like. In order to get paid, a writer must hit the brief. If the story comes back because you’ve added creative elements and forgotten to add salient points, you rework it and give the editor what she (or he) wants. Hit the brief, even when you think your ideas are so much better.

This is how I’ve been used to being edited.

When you write fiction, you effectively set the brief. You can make your critter as crazy as you like. Then, when your editor comes back with her feedback, you have to decide how much of it you’ll take on board. It’s a crazy writer (in my opinion) who decides that the editor has NO idea and they will forge ahead with their own vision, regardless. But. And this is a big but. It’s your story. Your name. If you think something really needs to stay, and you can articulate why to yourself and others, then keep it.

This has been a huge learning curve for me over the past few years. Having the confidence to say ‘nope, the crazy critter needs to look like this because it’s mine’ is a big leap, but it’s an essential one.

Mr7, in the meantime, went to school the following day, produced a perfect, on-brief crazy critter – and then came home and created a monster.

Have you learned something the hard way lately?