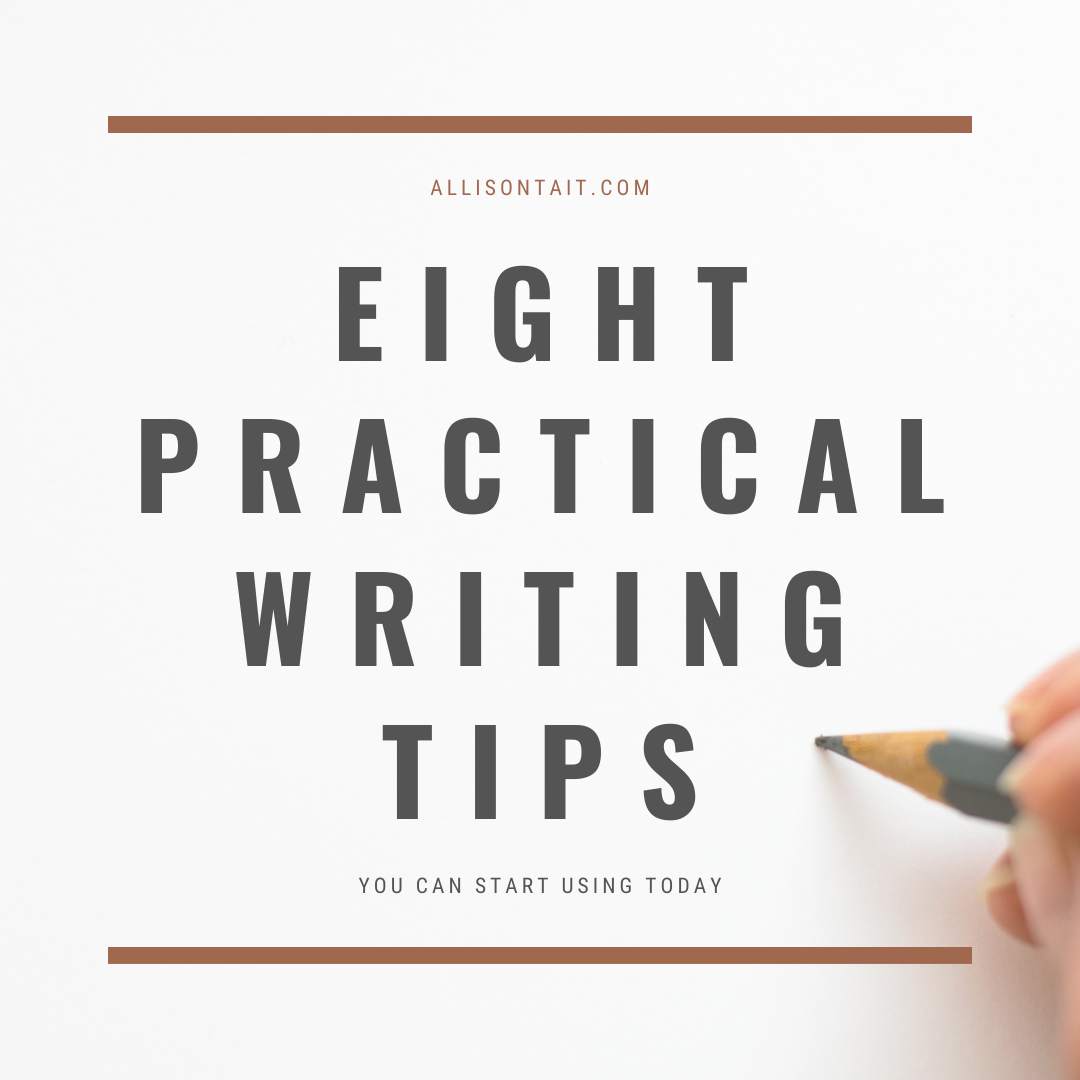 As the So You Want To Be A Writer podcast approaches its 400th episode, I’ve been thinking about all the golden writing tips I’ve heard over the years.

I’ve shared many of them here on this blog (most recently here), but it seems that every episode throws up a new nugget of practical writing advice that either reinforces what I know I should be doing, or adds something entirely new to the mix.

I wholly recommend listening to the author interviews on the podcast in full – you simply never know which words will turn the key in the lock for you – (and you’ll find them all here), but in the meantime, here are eight more writing tips you can start using today.

Click the author name and episode number to go directly to that episode.

Put it out there

“Tell everyone that you’re a writer. Once you put it out there, you have to put your money where your mouth is and write.”

Allow yourself time to breathe

“Be patient. It’s a long, protracted, difficult process, trying to tease a novel into being, so allow yourself the time to develop something of merit and worth. Don’t worry about word counts, or volume, or any of these things that are largely extraneous, they do not matter. More often than not, if you’re writing to a word count, all you’re doing is presenting yourself with more editing work.

So just be careful about what you put down on the page and allow yourself the time to breathe and think and, and, and plot things out slowly.”

Learn to force it

[Part of being a professional writer] is learning to force it when you’re not feeling it. I think there is a lot of nonsense around creativity; that you have to be feeling it and you have to have a Muse and all that kind of stuff.

[For me], it’s a job and you have to treat it like any other job. You do it when you have to do it.

And the only way you can get better at that is through practise.”

Be prepared to edit

“No book is ever perfect in the first draft. How can it be when you’ve made up an entire world out of nowhere? You’ve created a whole set of lives and stories out of nowhere and you’re never going to get it right first time. So you have to be prepared to edit. And to know that that’s what every writer goes through.”

Mortals can do it

“I think growing up with a published writer [Thomas Keneally] in the family taught me one important thing, which is that mortals can actually do it.

If I hadn’t had an example, in my own family, of an actual flesh and blood human who could actually write, I would have thought that [writers] were all gods and it was all beyond me.

But seeing that the person who gave me piggyback rides was able to write and get published and have a successful career showed me that it could be done.”

Listen to the girls in the basement

“The third book in The Rogues trilogy was a book that I probably plotted more intensively than I have ever plotted anything before. And yet, unexpected things still happened. And some of those unexpected things were the most beautiful things in the book and were the things that I ended up most pleased with and most intrigued by.

Even when you’re in the middle of writing something, you’ve got to allow space for them. Because that’s when the valuable stuff comes.That’s when characters become their most individual. And it’s when the world becomes its most intriguing. Let those girls speak up.”

Be open to feedback

“Always be open to feedback, because there are two halves to a story. There’s what you think you’ve written and what somebody reads.

“Finish the work. I think that’s really important. Especially when you’re writing early drafts. That’s what works for me, finishing the work, even though I might think that that early draft is terrible. I can always revise it later.”

Subscribe to So You Want To Be A Writer podcast for more practical writing advice.

Or check out So You Want To Be A Writer (the book), where my co-author Valerie Khoo and I have distilled the best tips from hundreds of author and industry expert interviews.

Find out more and buy it here.