5 Questions to Ask Yourself Before Writing a Series 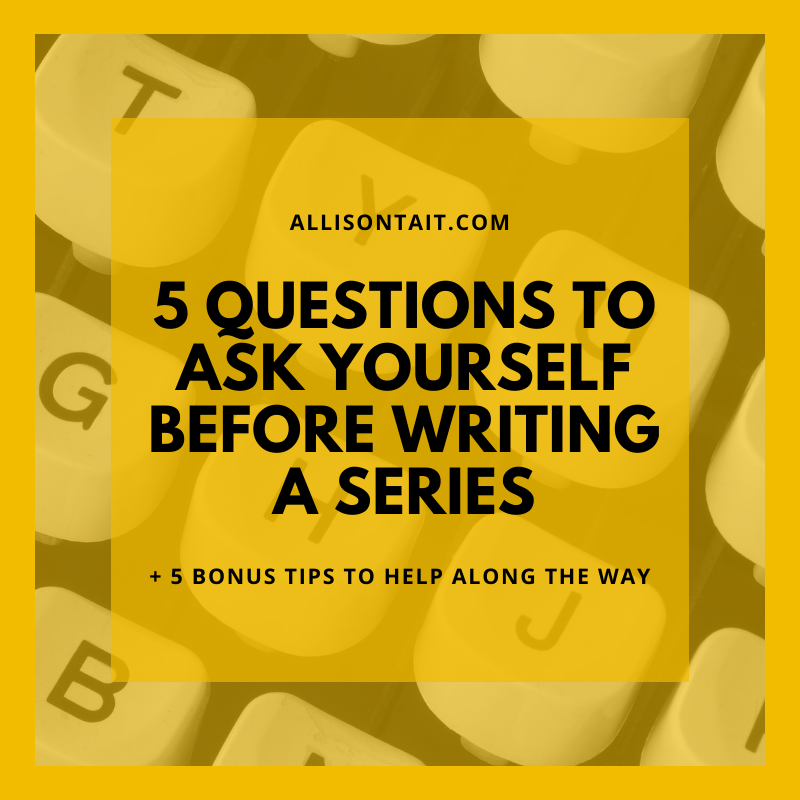 For some authors, writing a series is a lifelong-held dream. For others, like me, it’s something they stumble into and then flail about wildly hoping it will work out.

In an effort to help you avoid the flailing, I’ve invited Helen Scheuerer to visit.

Helen is a YA fantasy author, whose debut novel Heart of Mist was the bestselling first instalment in her trilogy, The Oremere Chronicles.

I first met Helen as the founding editor of Writer’s Edit, which is a deep resource for emerging writers, but she is now a fulltime author and a new prequel story collection to the trilogy, Dawn Of Mist, is out now!

Below, Helen Scheuerer shares five questions to ask yourself before embarking on the epic adventure of writing a series.

And Helen also kindly offers five bonus tips to help you through the process.

5 Questions to Ask Yourself Before Writing a Series

As someone who’s written a complete trilogy and has just started drafting a quartet, I’ve been reflecting a lot lately about what makes a great series. What I’ve learnt over the years is there’s a lot of groundwork that occurs before you even write the first sentence…

For me, it always starts with asking myself a number of questions. Questions that prompt me to consider whether or not my story is ready to be written, and indeed, if I’m actually ready to write it.

I want to share those questions with you today, to hopefully help you on your own way to writing an epic series…

1. Does my story warrant a series?

Before you put pen to paper or fingers to keyboard, there are a number of things you need to know about your story before launching into creating a series.

The most important of these factors is this: does your story warrant a series?

All too often, I see writers decide on writing a series before they’ve even considered the story. This is usually because series are often seen as more lucrative or popular…

However, as the author, your first and most important job is to do the story justice. There’s no point in stretching a narrative across multiple books if it doesn’t serve the story well.

Think about the books you loved that have been turned into three, even five film movie franchises… Weren’t you frustrated?

The same goes for books. If it doesn’t serve the story to have multiple novels, it’s your job to make that call.

In order to be an author of a series, you also have to be a dedicated reader of series. Familiarise yourself with the common and popular structures of the format, even if you’re only learning the rules to break them later.

I have learnt so much about how to structure and pace my novels by reading series by other authors. Structure and pacing are two of the core elements to any novel, but also to an overall epic series.

Without a firm grasp on these factors, you’ll find it very difficult to maintain any reader retention (having a reader commit to reading the second book after the first and so on).

Being an avid reader of the series format may also help you determine how many books your own series might warrant.

For some stories, a duology is more than enough, for other narratives, series can span upwards of ten books… Seeing numerous series in action can certainly help you to determine how many books your story might need to be told.

Another benefit to familiarising yourself with the format is having a greater understanding of what genres work well as series.

For example, fantasy books are generally expected to be a part of an ongoing series, whereas literary fiction books are more commonly standalone novels.

While writers don’t always need to conform to these conventions, it always helps to be aware of reader expectations.

3. Is my plot substantial enough for a series?

One of the main elements that ties a series together is the overarching plot that carries the characters (and reader) through multiple books. For example, in Harry Potter, the main plot is one of good vs evil: Harry’s ongoing battle to defeat Voldemort.

In each book, Harry battles with Voldemort in some form or another, but all seven books ultimately build up to the final war between good vs. evil.

This is certainly a massive theme to explore, however, in amongst that, are also numerous other subplots: Harry’s challenges on the Quidditch pitch, Harry’s budding feelings for Cho and Harry’s entry into the Triwizard Tournament… (and we’ve barely scratched the surface there).

Whether you’re a plotter or a pantser, when it comes to writing series, it helps to know where you’re going (if only roughly).

The best way to map this out is to determine what and where the climaxes are, both in each book and in the overall series. Even though a book may be part of a series, it should still have its own climax points and should still be a self-contained narrative, or you risk disappointing readers.

This all comes down to whether or not your plot and subplots are substantial enough. Plus, knowing the general outline of your books and your overarching series will help you avoid the dreaded second book syndrome.

4. Are my characters developed enough?

Alongside a riveting plot, the main reason readers commit to reading a series of novels is because of the characters.

Readers emotionally invest in the protagonists and the cast of characters they’ve come to love because not only has an author created a well-rounded, realistic character but also because they have also provided constant character development throughout the overarching story of their series.

Characters, both main and secondary, face challenges and undergo significant changes throughout the course of each book, as well as the overall series.

As an author, you need to ask yourself how developed your own characters are. Can their arcs sustain the course of several books? What journeys do they undergo? Is there enough potential to explore who they are, and who they might become? Are they being challenged enough?

Your characters need to be developed enough that you can reveal their backstories and secrets gradually, creating curiosity in the reader. The longer the developmental arc of your characters, the more intrigued readers will be.

One of the benefits of a series is that there’s also room to introduce new characters throughout. New characters can revitalise momentum and also create additional conflict with your main cast.

I’m not going to sugarcoat it for you… Writing any book is hard, writing a series is perhaps even more challenging.

Brainstorming, outlining, drafting, rewriting, rounds of alpha/beta feedback and editing all have their own unique difficulties and you will need to do these for every book you write.

It’s important to know the challenges you’re going to face before committing to writing a whole series.

However, only you can know if you’re ready or not to start.

5 Bonus Tips for Writing a Series

•Keep a “series bible” – a document that keeps track of all the details about your world and characters. You’ll definitely need this as a reference point throughout the writing process.

•Keep a spreadsheet or document where you can jot down ideas for future books – not all your amazing ideas should be crammed into Book #1!

•Give each book its own main event to prevent a stagnant middle book in your series and make each book standalone (to a certain extent).

•Weave story threads and breadcrumbs throughout each book which you can gradually bring together as the series comes to a close.

• Create reveals within each book, ensuring the reader is rewarded each time they choose to continue reading 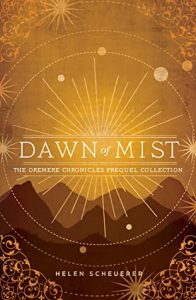 Helen Scheuerer is the bestselling author of The Oremere Chronicles. Dawn of Mist, a prequel story collection to the series, is out now. Visit Helen’s website or say hello to her on Facebook, Twitter or Instagram for more details.