Write What You Don’t Know (Yet) 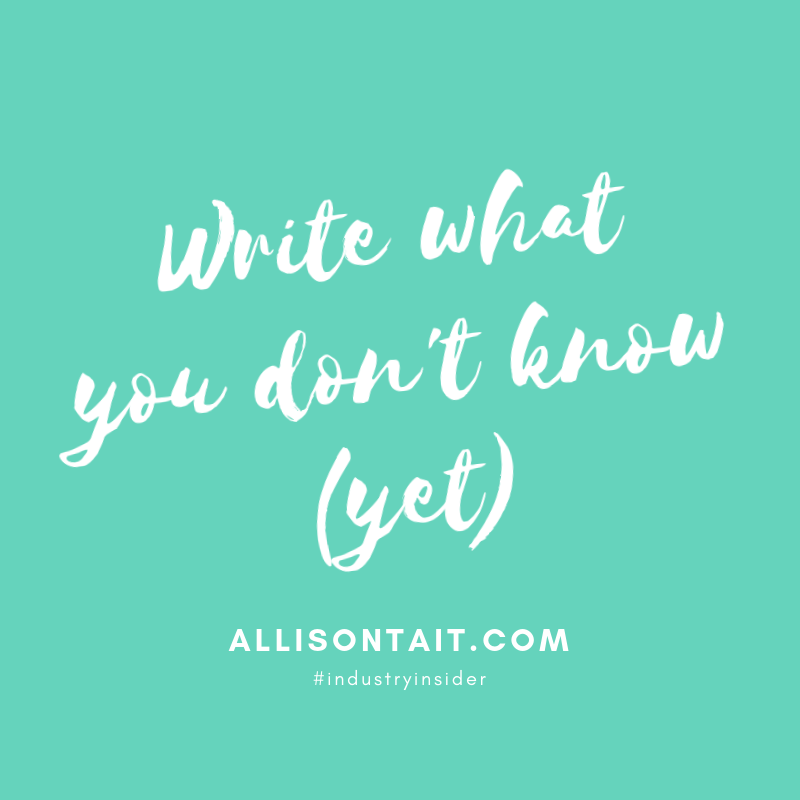 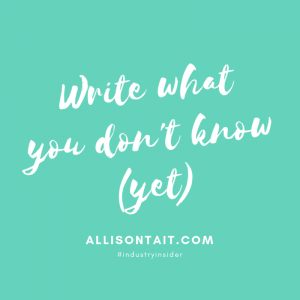 One of the joys of the Your Kid’s Next Read Facebook group is the opportunity to ‘meet’ other children’s authors. Occasionally, I like to put a spotlight on one of those authors and so it is with pleasure that I welcome Dave Leys to the blog.

Dave is the author of The Institute of Fantastical Inventions, published by Harbour Publishing, which is described by Books + Publishing as:

“An exuberantly silly melange of Doctor Who and Charlie and the Chocolate Factory … written for fans of David Walliams’ humour and kooky characters.”

In this post, Dave Leys turns one of the most common pieces of writing advice upside-down.

Write what you don’t know (yet)

One of the most common, and most commonly quoted, pieces of advice to writers is to ‘write what you know’, a line generally attributed to Mark Twain.

The impulse behind this advice is understandable – it is to warn authors off writing stories where their ignorant, inauthentic relationship to their content is a problem. There’s nothing worse than reading a story with a very specific world or event – for instance, a bank heist, or an accident while parachuting, or an Impressionist painter in Paris – and working out halfway through the writer is giving you what they picked up about the subjects from movies, not from real life.

As a reader it leaves you feeling that the writer isn’t in control of their story and that you’re not fully immersed in that world. Worse, you start to suspect that the writer chose that event or setting for shallow reasons, because they thought it would have a good effect rather than because they were actually interested in the reality of it.

I would like to offer a contrary piece of advice to writers: Write what you don’t (yet) know.

What do I mean by this? I can best illustrate it by discussing how I came to write my novel The Institute of Fantastical Inventions.

See, I started off wanting to write a novel for children in a genre I grew up reading and still love – fantasy. But then I thought, ‘what new thing do I have to say about magic and elves and so on?’.

Writers like J K Rowling had, to me, covered that territory so magnificently I didn’t know where there was room for my original engagement. (Of course there are new things to say in that genre, and every day fantasy authors show that, but regardless that was my feeling.)

Then it occurred to me – what is so fantastical, so wondrous in its capacity for change and transformation as to be almost like magic? The answer was science.

As a student, science was not my strong suit. To this day, like so many of us, I only grasp the barest essentials and am amazed at the advances in astrophysics, quantum mechanics, gene technology or even more established fields like zoology and botany.

My very ignorance of science, I realised, was a secret gift. My lack of knowledge made it seem magical to me. I would write a novel where anything could be invented, where scientists of all types created fantastical things for people. For instance in my novel a scientist at the Institute of Fantastical Inventions teaches someone to surf using radio waves.

My method of writing was simple. I would take a scientific theory or field, feverishly research it and then play with it. I would use a kernel of scientific truth – only a kernel – and embellish, stretch and adapt it for comedic and fantastical purposes.

In my novel I would take the fact sharks have no bones and use it to portray a comedic scene where sharks were experts at limbo since they had no spine to bend.

I would both write about what I know – the truth that science is incredible, amazing and just as cool as magic – and what I don’t know. And my enthusiasm for science would, hopefully, be communicated in a light-hearted, fresh way because I was learning it almost at the same time as the reader.

So the next time someone tells you to write what you know, consider that some truths are more about the process of learning rather than the process of already knowing. 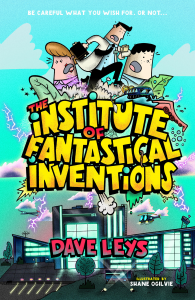 Find out more about Dave Leys here, and more about The Institute of Fantastical Inventions here.

And look out for The Institute of Fantastical Inventions: Magnetic Attraction, which will be released by New Holland Publishers later this year. 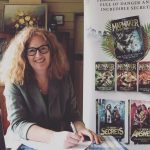