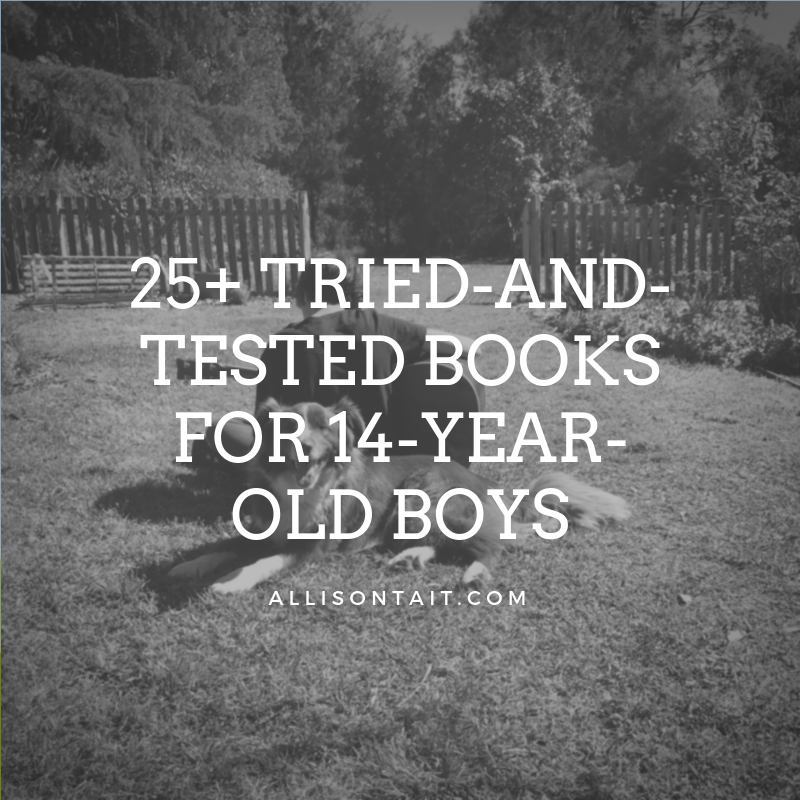 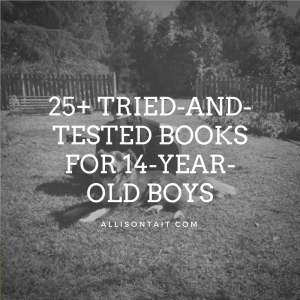 If I had to highlight the one post that THE MOST people search for on this blog, it would be this one:

The post was based on books read by my own 14 year old, Book Boy, and many of the books on that list are accompanied by his reviews.

The sheer volume of traffic that post receives suggests to me that there are a LOT of people out there desperately searching for books to engage their teen readers.

Being a helpful kind of author, and given that the post is around a year old now, I thought I’d update it. I know that Book Boy is not a typical reader, so I thought it might be interesting to expand our horizons to include the reading stylings of other 13/14-year-old boys around the nation.

So I sent out the call, asking them to nominate the BEST book they’ve read this year – and why – and (inexplicably) some of them answered. (Click* the name of each book for more information about it.)

One Of Us Is Lying by Karen McManus

“It’s a complex book but still relatable. The characters are people you would like to know. It’s not predictable like a lot of other books.” Max, 14, NSW

“They are a good read, full of action, different to other things I’ve read, good plot twists!” Ben, 14, NSW

“Paladero has everything you can imagine, and lots of things you could never think of. I actually love it even more than Harry Potter.” Sam, 13, Vic

Six of Crows by Leigh Bardugo

In The Dark Spaces by Cally Black

“I know you said one, but I really liked all of these books, mostly because of the ideas the writers came up with and how the world all fits together. Obsidio and Dark Spaces really made you feel like you were in the characters’ world. Warcross was just plain awesome – it was an awesome concept.” Will, 13, Vic

They Both Die At The End by Adam Silvera

“It was an extraordinary and unique premise, nothing like I’ve ever read before. Although it’s about dying, it was more about friendship and how it can transform. The writing was beautiful and the plot kept me guessing right until the end.” Hamish, 13, WA

“It’s about magic in a modern era which I find interesting. The main character Jack is a likeable person. I also like the author’s other books.” Ben, 13, NSW

“I love the whole Gone series – the storyline, the setting and the dialogue are all excellent. Light is no different. It’s the sort of story that drives you to read on no matter what else is going on and stays with you long after you’ve turned the final page.’ Barnaby, 13, NSW

Tales from a Tall Forest by Shaun Micallef

“I found this book hard to put down! This book weaves together your favourite fairy tales with new twists. Shaun Micallef changes the way that you think about fairy tales making them funnier, darker and a new experience for the older reader.” Josh, 14, NSW

The Hate U Give by Angie Thomas

“I found it hard to narrow it down, but this is definitely one of the best books I’ve read this year (see my review here). I’m really looking forward to her new book, On The Come Up, which is due out here early next year.” Book Boy, 14, NSW

“The favourite book that I have read this year is Star Wars: Death Troopers by Joe Schreiber. I like it so much because it’s an entertaining and suspenseful story that combines my 2 favourite things: Star Wars and Zombies.” Karl, 14, Qld

The Trial by Franz Kafka

“It’s really well written and a good story. But I also like the backstory – it was the last book the author wrote, and when he finished it, he threw the papers on the floor and then killed himself. The pages were all over the place, but the friend he left it to had to try to rearrange it in the right order – and sometimes when you read it you wonder if he got it right.” JD, 14, NSW

“In One Way a company is contracted to build a mars base for NASA, so to get cheap expendable astronauts so they get 8 convicts to build the base. As the building process is happening certain crew members start to die off. Frank Kitteridge has to find the killer before it’s too late. I liked this book because it delved into a new and unknown world presenting the crew with multiple hurdles and because it had me on the edge of my seat waiting for Frank to uncover the killer.” Saxon, 14, NSW

I think the varied responses here highlight just one thing – there’s no ONE 13/14-year-old boy reader, so it’s about the right book for the right kid at the right time. And so I decided I’d add in a new dimension to the list this time, and called in an expert.

Trish Buckley is a teacher-librarian who blogs at Trish Talks Text, and who brings a critical perspective to YA literature. As she told Books + Publishing in 2017:  ‘I have been reading YA novels since I was a teenager, so that’s 30-odd years of context, historical reflection and knowledge … I treat them seriously. I understand that it takes all sorts of books to appeal to teenagers, so I try not to be too judgemental or cynical.’

I asked Trish to recommend some NEW books she’s read this year that she thinks will be just right for 13/14-year-old boys. She came through with two lists:

A boy on a road trip on a postie bike trying to come to grips with his beloved grandfather’s sudden death. It’s full of philosophical musings, quirky interactions with strangers, and a positive representation of a male teen protagonist

The Things That Will Not Stand by Michael Gerard Bauer

Covers one day at an open uni event when MC Sebastian meets enigmatic Frida, and the secrets they try to keep as they slowly develop a friendship. Witty and understated.

Luke hates school so spends most of his time recording memories on his prized possession, his camera. He is taken by the new girl at school, and bears witness to her ugly family situation. Very authentic and hopeful.

Bo’s family lives in a country town, and his world is shaken when he meets Rory, who resides in an off-the-grid community. Builds to a tense suspenseful final show down. Offers a thoughtful exploration of the meaning of ‘community’ and a realistic portrayal of teenagers.

A Song Only I can Hear Barry Jonsberg

A funny and poignant story about Rob who is just trying to find who he really is. A clever and triumphant novel.

Hendrix is an elite sprinter, controlled by his strong-willed father. While he meets and falls for Emily, he starts to question his priorities and his father’s expectations.

Set in the Uglies universe, new characters, suspenseful and twisty.

Futuristic adventure, set in an elite school where personal ‘bots are your best friend, your communication device, and your entry into privilege and power.

After the Lights Go Out by Lili Wilkinson

Hive by A J Betts

Unsettling dystopia, claustrophobic and tense. Main character asks all the right questions but no one’s giving her answers.

Scary and thrilling futuristic novel exploring a post-Brexit England determined to keep its borders shut, from anyone coming in or going out.

So there we have it! I hope you find something for your teen reader here. 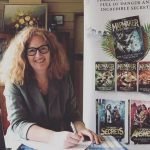 Are you new here? You’ll find out more about me here and more about my books for kids 10+,  including THE MAPMAKER CHRONICLES, THE ATEBAN CIPHER and THE MAVEN & REEVE MYSTERIES, HERE.

Still need more books? Join the Your Kid’s Next Read Facebook community for fantastic book recommendations for kids of all ages!