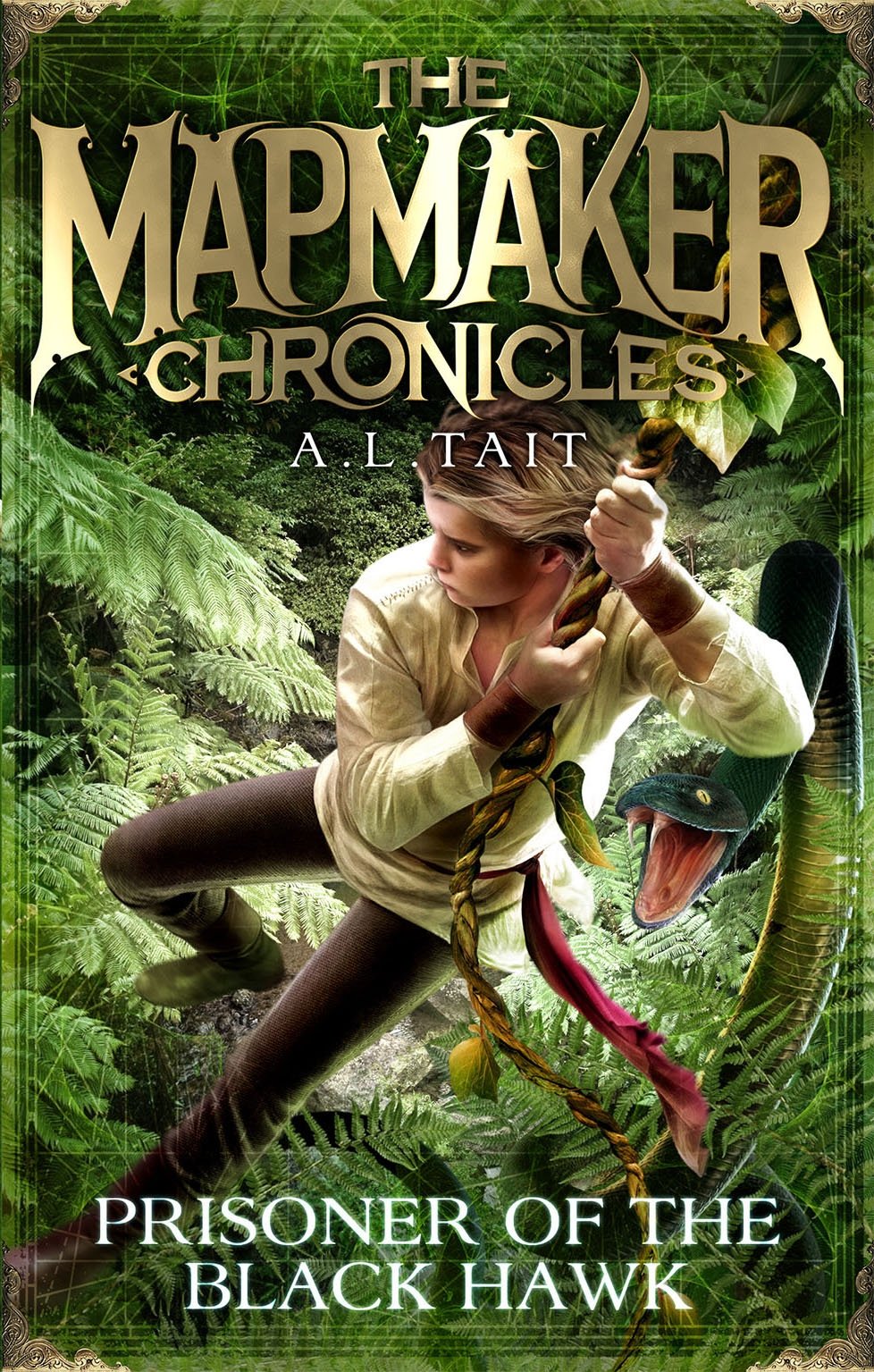 I am SO excited to be sharing the cover for book 2 of The Mapmaker Chronicles! 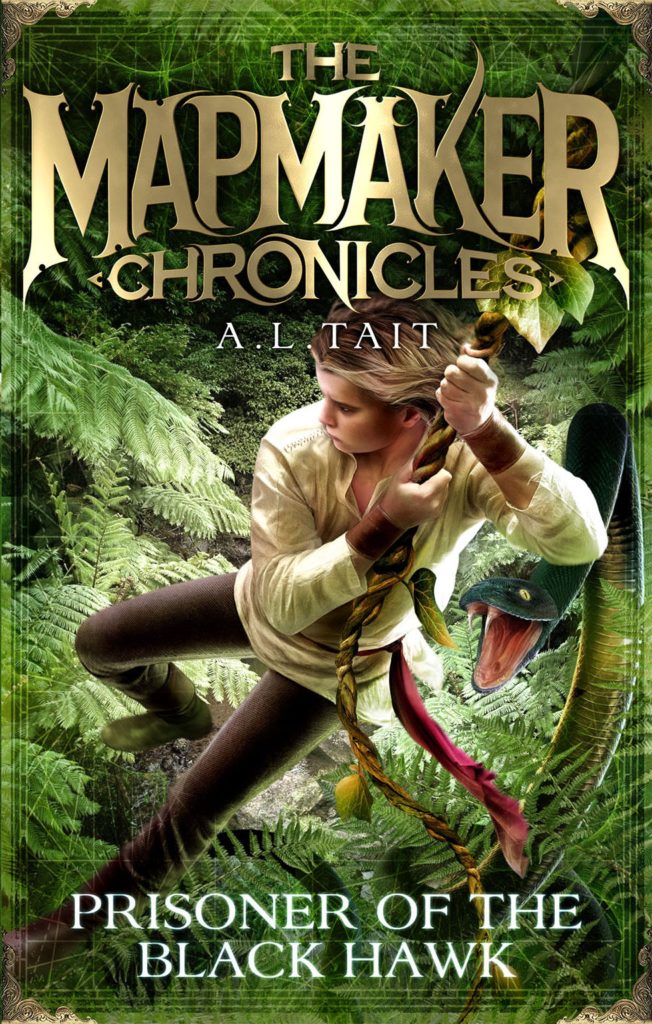 In Prisoner of the Black Hawk, Quinn finds himself in one hairy situation after another. This is the official blurb:

“In the second thrilling instalment of The Mapmaker Chronicles, Quinn is taken prisoner by a ruthless enemy.

As the race to map the world continues, so does farmboy turned reluctant adventurer Quinn’s voyage into the unknown.

When the Libertas docks in the exotic jungle port of Barbarin, they are shocked to discover another Verdanian living there – a notorious thief who has been on the run for decades. He and his family may be enemies of the King, but they can also help Quinn and his friends survive this dangerous land.

After being betrayed by a fellow scribe, Quinn is captured by ruthless Gelynion explorer Juan Forden, who will stop at nothing to beat the Verdanians. On board Forden’s ship, the Black Hawk, Quinn struggles to outwit his captors, makes new enemies and unexpected allies, and encounters bloodthirsty pirates. Is this the end of the race for Quinn – or just the beginning of another incredible adventure?

Serpents, and pirates, and thieves, oh my! Quinn discovers that the monsters we fear can be less scary than the people around us, and he discovers he can do more than he ever thought possible. I hope you love it!

The Mapmaker Chronicles: Prisoner of the Black Hawk is on-sale on 31 March, 2015 (just eight short weeks away). If you haven’t yet read Race To The End Of The World (book #1), you can get it here.