The power of a child’s imagination 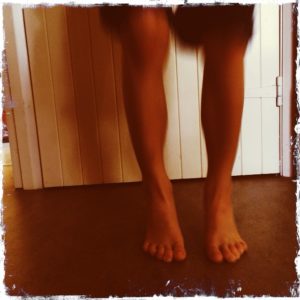 Never underestimate the power of a child’s imagination.

Case in point: Mr7 has added a new trick to his impossibly large catalogue of amusing moments. I first noticed it a few weeks ago, just in passing, furrowed my brow and forgot about it.

Imperceptibly, however, it has crept into daily life. To the point where I had to ask him about it.

Mr7 enters said room, walking. Suddenly, he leaps into the air, scissor-kicking his legs, throwing his head back.

He lands. Then repeats action.

Me: “Er, you do know that a backflip requires you to somersault, not just to jump straight up and down?”

Mr7: “Of course. But in my mind, it’s a backflip. If I keep saying it enough, maybe it will really happen.”

And off he went. “Backflipping” down the hall.

If you think it, you can do it. Isn’t that how it goes?

So far, the power of his imagination has not turned him upside down. But I’ll keep you posted.