Kids: Driving us to action 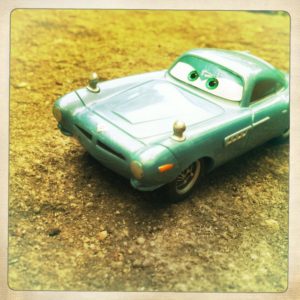 For various reasons (some of which are outlined here), I’m not a keen driver.

I do it these days, because you can’t live in the country without driving. And, frankly, I found even in Sydney that it’s hard to get kids around, particularly small ones, without getting behind the wheel.

But I’m still not what you’d call a passionate driver. Which means that if we go any distance, The Builder tends to be in the driver’s seat and I’m in charge of navigation (which I am good at, as are most of the women I know, so let’s blow that ‘women can’t read maps’ myth out of the water, shall we?). Everyone is happy.

I realised the other day, however, that we role model behaviour to our kids without even realising it.

Fam Fibro was in the car for a day-trip to Sydney (we do this quite often as we are just close enough to get away with it and it saves a lot of the palaver attached to finding somewhere to stay the night). About halfway up the Princes Highway, Mr6 suddenly announced, apropos of nothing, that he was never getting married.

The Builder and I raised our eyebrows at each other. “Why?” I asked.

“Because then I’d have to do all the driving,” says Mr6, from the backseat. “I want to travel around Australia in a caravan, and it’s a long way, so I won’t get married, I’ll take a friend instead. That way we can share the driving.”

I must confess, my heart sank.

“Your mum is a sook about driving,” I explained. “Lots of married people share the driving. Look at Aunty Maxabella and Aunty C – they both drive all the time. Aunty Maxabella loves a good drive. It’s not a married thing, it’s a thing specific to your mum.”

I have come a long way with my driving. I have managed to fight back a phobia that left me shaking and with sweaty palms every time I got behind the wheel, to the point where I can drive pretty much anywhere – on my own. If I have to drive distances, I do, but only if I have no other option – which means there is no-one else to do it. And not often.

I am not a passenger in any other aspect of my marriage or life. That chance remark by Mr6 bothered me more than I can say. Perception, as they say, is everything.

And yet I sit here and try to imagine myself telling The Builder ‘I’ll drive’ next time we get in the car to go to Sydney. And I just can’t do it. Not yet.

But I am going to work on this. And I’m going to make sure my kids see me working on this.

If nothing else, I can role model trying, right?