The big questions: birds and bees and … whales 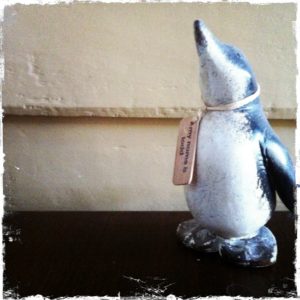 Mr6 has become a devotee of nature documentaries. He will sit and watch penguins migrate for hours. This new habit brings with it much new information – and a few new challenges.

Last week, we were lolling about the living room, watching an episode of David Attenborough’s Life Of Mammals (or somesuch), when we were suddenly confronted with the mating habits of whales. I’m not sure if you’ve ever seen whales mate, but once seen, it can never be unseen.

“What’s that?” asked Mr6, watching the male whale thrashing about in the ocean, rocking and rolling.

“That’s his penis,” I said, remembering all advice to name body parts correctly.

“He’s trying to make babies with the lady whale,” I said.

Much discussion followed about eggs and fertilising and tadpoles and I thought we were all on the same page until he refused to eat his bacon and eggs for dinner the following night because he was worried the eggs were fertilised.

Back to the drawing board.

Last night, we were reading Harry Potter, laughing at Gilderoy Lockhart and generally feeling the love. Then, mid-sentence, he poked my stomach.

“How do babies get in there?” he asked. (He’s always been very good at this – throwing out the big questions in the midst of daily life…)

“Oh, er, the Mummy and Daddy have a special cuddle,” I prevaricated. This has always been a good enough answer. Right up until now.

I began explaining the technical details, but the furrow in his brow became deeper and deeper… I flailed about for inspiration, trying to follow the expert advice and explain it in child-friendly terms.

He nodded slowly. Then his expression became pained. (As I said, once seen…)

“Does it hurt when the baby goes in?” he asked.

“Does it hurt when it comes out?”

“Oh yes,” I responded, with feeling.

He patted my tummy. “Sorry, Mum,” he said, and then indicated I should continue reading.

And then made a note to buy ‘Where did I come from?’ at the very next opportunity.

Have you had ‘the chat’ with your kids? How did it go?