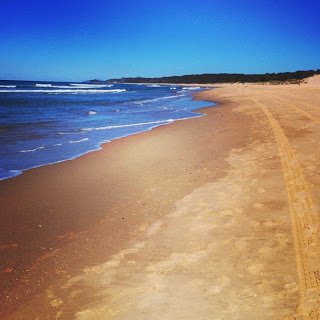 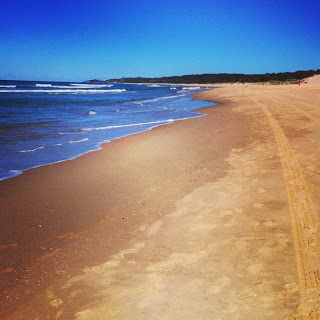 So Fam Fibro took a little random holiday over the past week or so. We had to head waaa-aaa-ay north for a family function, so we took the opportunity to build in a mini-break. Mind you, with many hours of driving built in, it wasn’t so much a break as an opportunity to spend a lot of time together.

We fit a lot into a car journey. The boys have portable DVD options, so The Builder and I like to plan our small talk to coincide with the times of peace. We covered off our metaphorical trip around the world, what we’d do with $600 million if we won the US Powerball (you think you know someone, and then the enormous, crewed yacht comes up in conversation), the relative merits of different forms of transport, why we didn’t have a map of NSW when we had maps of all the different parts of NSW except the part we were actually going to be visiting… You can see why we had to eke this stuff out to ensure we weren’t blown away by the enormity of it all.

When the boys were not immersed in Star Wars/Ninjago/Batman, we played I Spy. It has to be said that the quality of our games has improved now that Mr6 can actually spell a bit. No longer does everything begin with L. Which is not to say that he didn’t attempt a few furphies. Like not realising Lego began with L. Cue much head shaking on Mr9’s behalf.

Mr6 also instigated (or tried to) several games of ‘Toyota’. Apparently this game involves trying to be the first person to spot a Toyota. All well and good, unless you are on a dual-lane freeway between Newcastle and Taree with not another car in sight. Even he could see that was going nowhere.

When we got to our destination, the boys were thrilled to discover that we had rolled up to a Jedi Training Camp. And I had to agree that the rather dilapidated cabins in which we were staying did seem to have come from 1976 and there were potentially Wookies hiding in the woods. But apart from a preternaturally aggressive possum with a liking for cheese and crackers (had to be shoved off the verandah with a broom light sabre several times), there wasn’t so much as an Ewok to see.

There was, however, an amazing stretch of beach over the bridge (that’s it pictured), and lots of friends and laughter and fun all around. The Force, she was with us.

On the way home, after another discussion about the lack of maps in our lives, we treated ourselves to a night of luxury at The Pinnacle Apartments in Newcastle. I mention it by name because we’ve stayed there before but could not remember what it was called – we had to call them from out the front to see if they had room for us because we could not look up their number. Now we will just be able to check the Fibro. Genius, or what?

We love Newcastle. The boys love the long stretches of unspoilt scooting potential along the waterfront. The Builder and I love the possibilities for beers in the same location. We lost 90 minutes of our lives in the most fabulous antiques shop and came out with the coolest 1930s bakelite desk lamp ever.

Today we’re back at work and school. Already our little break is a memory. But we have plans. Big plans.

We just need that $600 million to pull them off.