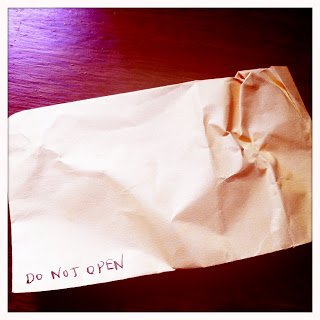 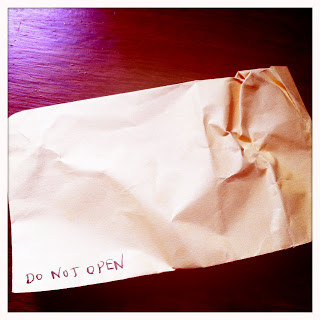 Mr6’s hoarding tendencies may have reached their zenith. I hope. In not-unrelated news, he is also delighted to be – at last – Big.

“Look, Mum!” he shouted, running across the playground after school, waving a small yellow envelope at me. “I lost my tooth!”

Thank heavens. Said tooth had been hanging on by a sliver of root, dangling from the front of his mouth for days.

“Terrific,” I said, putting it in my pocket. “We’ll leave it out for the tardy tooth fairy tonight.”

Fast forward about four hours. He is preparing for bed – AKA running around in Ninja Turtle pyjamas practising his roundhouse kicks. Very relaxing.

“Get your tooth,” I instruct. “We’ll need to put it in a glass for the fairy.”

He leaps off (flying front kick, apparently) and returns moments later with the yellow envelope. And promptly bursts into tears.

“What’s the matter?” I ask, kneeling down to be eye-to-eye with him.

“I don’t want to give my tooth away!” he wails.

“But you have to give the fairy the tooth – you don’t get cash for nothing, you know,” I reason.

“Um. Do you want to, er, think about it for a while? You could hold on to the tooth for a few days and just, you know, get used to the idea.”

He nods, tears vanishing like magic, and smiles his (gappier) little smile.

“Great idea Mum! We’ll leave it in the envelope so that she can’t see it and take it by mistake.”

And so, five days later, the tooth, still in its little yellow envelope, remains on his desk. Each night I ask him if he’s ready to ‘let go’ and each night he answers ‘not quite yet, Mum’, despite the cash inducement.

Seriously, this stuff is not in the handbook.

Did your kids give up their teeth happily?