Starting Out #4: Learning to embrace the editing process

Advice for Writers | Starting Out | Writing 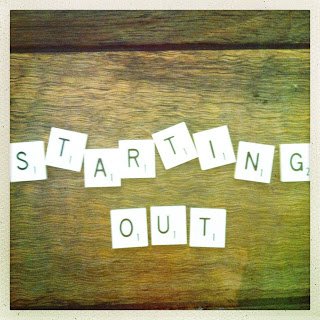 Posted on February 11, 2013
comments 19
If there’s one thing that every writer – fiction, non-fiction, features, freelance, experienced, inexperienced – must learn to embrace, it’s the editing process. Learning how to work with an editor. Learning how to edit your own work.
It sounds straightforward. But it’s not. Whether it’s learning to work with an editor (not always easy), learning to edit your own work (really not easy) or learning to turn off the self-editor as you get your first draft down (often impossible), editing is a skill unto itself, and its importance cannot be underestimated.

If you’ve been visiting the Fibro for a while, you may remember me talking about the first (to this day unpublished) romance novel I wrote, many, many years ago, featuring Celeste of the winter-white suit. After I’d bashed out my 50,000+ words, I sent it off to Harlequin, quietly confident that I’d get ‘the call’ within weeks. Instead I received a polite rejection letter. Actually, it wasn’t even polite. It was a form rejection letter. The lowest of the low.

Bewildered, I sent it off to a manuscript assessment agency run by two experienced romance writers. Their assessment? It might be okay after a good edit. Having no idea what they meant, I put it in a drawer.

Fast-forward a few years when I sent off my first complete ‘women’s fiction’ manuscript to my agent at the time. Her assessment? It needs a good edit. Hmmmm. It seemed this editing caper was something I was going to need to learn to do. I’m still learning. But I’ve also learnt the value of getting the words out first.

The importance of editing

The importance of editing is something that every writer learns as they progress. As our Starting Out* guest writer Kelly Exeter has been learning. Kelly’s blog A Life Less Frantic is the place I go when I need to escape my own messy mind for a while. But, as she outlines here, sometimes you need to let go of your own idea of perfectionism to really get to the heart of what you’re writing.

Dealing with the horror of a terrible first draft

“You might not write well every day, but you can always edit a bad page. You can’t edit a blank page.” ~ Jodi Picoult

Jodi Picoult is not the first author I have heard say the above, and she certainly won’t be the last.

But it kind of goes again the grain of what I used to think the average day of an awesome writer looked like. In my head they sat down at their computer, cracked their knuckles, and then proceeded to pour forth beautifully structured sentences on to their screens like a veritable river of literary delight.

In my quest to emulate their awesomeness, I either compulsively edited as I went … or I simply didn’t write when all I could muster was tripe.

So I was a bit shocked when I took part in NaNoWriMo last year and was admonished by the more experienced writers for my apparently unsavoury editing-as-I-go habit.

That’s not what NaNoWriMo is about they said.

You need to get out 1666 words every single day – there’s simply no time for editing they said.

Just get the words down on paper and whatever you do, don’t look back they said.

“But what if those words are utter shit?” I asked.

It doesn’t matter they said.

It doesn’t matter? I am sorry but this did not compute.

Still, I am nothing if not a good student and when the masters speak, I listen. So I dutifully wrote two chapters of my book without editing. Without looking back. Without spending 20 minutes making a three line paragraph ‘perfect’ before I moved on.

And when I went back to those chapters, I sobbed at their sheer awfulness and grudgingly spent two entire weeks wrestling them into some semblance of readability. Suffice to say I was a bit traumatised after that experience and immediately returned to my previous modus operandi.

Two months later I took part in a webinar series on writing. And had my thinking about horrible first drafts turned on its head.

Thirty brave participants in the group volunteered up pieces of writing for critique despite knowing that the person doing the critiquing is not known for her tact. And as she went through each piece I listened on in fascination as she showed how, in even the crappiest piece of writing, there was always one line or underlying concept that was an absolute cracker. And how a whole new piece could be written around that line or concept.

And that’s when I came to appreciate the magic of the horrible first draft.

That sometimes you can’t get to the cracker concept until all the crappy words have been poured out first.

You can visit Kelly Exeter here, or say hello on Twitter or Facebook. Her writing has appeared at Mamamia, The Hoopla and iVillage, as well as in marie claire and The Canberra Times. She is working on her first book, A Life Less Frantic.

How do you find the editing process? Do you find it impossible to turn off that self-editor as you writer?

*Starting Out is a series of guest posts by writers who are at the beginning of their writing careers, and making it work.