How much time do you spend on Facebook? (Really.) 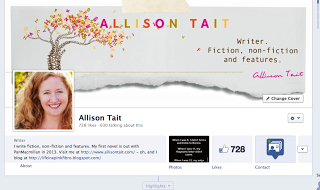 “I need to break up with Facebook.” I’ve heard this so many times over the past few weeks that I’m thinking poor old FB should by lying in a bath, drinking wine, listening to soppy power ballads and resisting the urge to call its many exes by now. And yet…

When I go into Facebook, the newsfeed seems as full of babies and weddings and motivational quotes and inspirational what-nots and political statements as it ever was. More so, maybe. If everybody’s moving on, dropping out, and deleting their accounts, there’s little sign of it in cyberspace.

There are things I don’t like about the book. Friends of mine click ‘like’ on things that make me cringe (and see them in a new light). People who just a few years ago were complaining about how much new mums talk about their babies have now had babies and, you guessed it, their newsfeeds are full of nothing else. Some people feel that it’s their duty to use Facebook to change your opinion to gel with their opinion. And, it has to be said, somewhere along the line people got confused and began to think that simply ‘liking’ a picture was the same as doing something about an issue.

But most of this can be glossed over as the newsfeed rolls on.

What I love about Facebook? It lets me keep in touch casually with people I don’t see much anymore. Nobody has to make too much effort, and yet I still feel part of their lives. As well, it’s a great place to really chat to the Fibro community, in real time, and with many laughs.

There are 1000 reasons for breaking up with Facebook. Most of them have to do with privacy. But, just like that bad boy you went out with in your late teens, somehow you just can’t bring yourself to do it.

I do think it’s time to come clean though. When I’m asked how much time I spend on Facebook, I usually say ‘oh, I pop in and out during the day… to check on my page, you know’. Today I thought I’d check the real stats on that statement. The sums look something like this:

I ‘popped in’ five times. During each of those times, I checked both my author page and my personal profile, for a total of at least six minutes.

Thirty minutes of my life spent faffing around on Facebook. That’s 3.5 hours a week.

And that doesn’t count Twitter, blogging, and all the rest.

Could it be that I’m spending too much time in cyberspace? I decided I needed some stats for comparison. Please help.

How much time do you spend on Facebook – really?