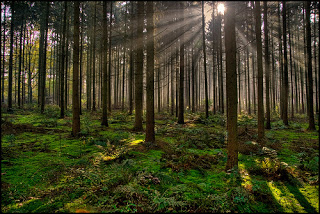 It’s been a long time since I’ve written about pubic hair. Partly because it seems to have been a long time since anyone had any – or so some sections of the media would have us believe – and partly because my days at CLEO are long behind me. But today as I was tweeting lazily with some of my favourite Twitter folk, I happened to ask Mrs Woog at Woogsworld to set me a topic for today’s post.

There was a time when such a brief would have been part of my daily life. Those were the days in which I was writing everything from scripts for Role Plays for the Bedroom (sealed section), to road-testing faux leather Catwoman outfits complete with cat-o-nine tails and underpants with far too little fabric, to ultimate guides to blow jobs, to (one of my personal faves…) ‘Your Vagina: What’s normal, What’s not’, to … well, you get the idea. My mum was very proud.

At the time, it was fun and silly and we figured it was allowing women to get in touch with the playful side of their sexuality. Or something. Then 50 Shades of Grey came out and every woman I know went to pieces at the things they’d ‘learned’ from the book, and I wondered where they’d all been for the past 25 years. I’m pretty sure that, between them, CLEO and Cosmo covered off a lot of that territory, though they may have drawn the line at ‘Paddle Your Way to Pleasure’ or ‘Paint Your Room Red: the ultimate guide to BDSM’. Then again, I haven’t seen a sealed section in a while, so I could be wrong about that…

Anyhoo. Where was I? Oh yes, pubic hair. When I was doing some preliminary research for an excellent book idea* once, I had the opportunity to discuss the whole Brazilian wax concept with a marketing expert. He said to me, “Ask any woman why she does it and she’ll tell you it’s ‘cleaner’ and ‘more comfortable’? She’d never admit that it was all about Social Identity, about being part of a group.” I tested his theory. He was right. Every woman I asked gave the same response. Even when I said ‘But… the pain?’, I was assured that ‘it got better the more you did it’.

Personally, I have no problem with it. Anyone who wishes to take it all off should do so with impunity. Given that denim shorts are now riding somewhere around the ribcage, I can see where a pubic hair might ruin the line, so to speak. Where I do object to it, however, is in the example to young women. And younger girls.

I read somewhere that there are men in the early 20s who’ve never experienced the joy of fishing a stray pube from their teeth. Because they’ve never seen a stray pube. Ever. Warning bells begin to ring loudly at this point.

Okay, it’s hair, it grows back. I get that. But we are setting precedents, saying that pubic hair is Not Okay. Why is something that, generally speaking, is seen by few people in your life anyway Not Okay? Do I want my boys growing up in a world where pubic hair on woman is Not Okay? Er, no, I’m not okay with that.

Being a journalist, I went looking for a reason for pubic hair. Surely, it’s not just there to set up ‘Collar and Cuffs’ jokes? I needed an expert. There’s always an expert. I even managed to find a few for the infamous Hairy Armpits story.

Over at Salon.com, there’s a whole article about how waxing (and particularly shaving, which makes my eyes cross when I consider it within the frame of a Brazilian) creates opportunity for infection (take that ‘cleaner’!) and that it provides ‘cushioning’ from friction (take that ‘comfortable’). There are also thoughts on how the pubes trap pheromones, making us sexually attractive to others.

I still believe that Brazilians are a matter of choice. Whether a woman deafforests her Map of Tassie is entirely her own business. But I also believe that young women need to be aware that it’s not the only choice.

In fact, I foresee a future in which those thick, luxuriant bushes of the 1970s make a comeback. If only for the shock factor alone.