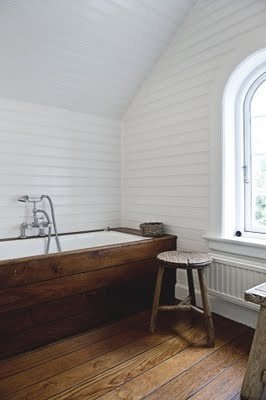 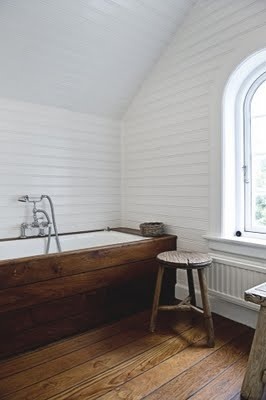 Being the late adopter that I am, I have recently joined Pinterest. I know. Only two years behind the Cool Kids who have now moved on to some other new thing that I’ve never heard of and will probably laugh derisively about when it’s explained to me. Like I did with Pinterest.

I confess I still don’t really get Pinterest. I think you can tell that merely by looking at the names of some of my ‘boards’:

•Things I Love But Will Never Do

•Actually Useful If Not All That Pretty

You see what I’m saying here? I think I’m missing the Pinterest vibe.

Having said that, I found myself in there on Friday night gleefully pinning photos of bathrooms. Mostly because Fam Fibro fell prey to a virulent vomiting virus, which took care of most of last week, and I wanted soothing pictures of bathrooms in which people never puke.

I’m not sure if this is the intended purpose of Pinterest, but yes, it did help, thank you for asking.

If you would like to share my images of bathrooms, or in fact those actually useful things, feel free to come on over and say hi. I’m here. I’ll be waiting. Gaily pinning pictures of bunting while I wait.

Are you on Pinterest? Can you explain it to me?