In sport as in life, take no hostages… 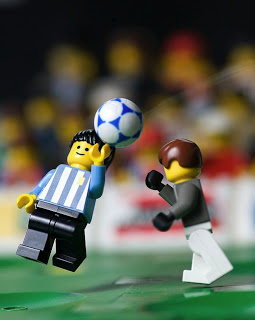 The boys have been caught up in the sporting frenzy engulfing the world. They are keenly awaiting the Olympics, endure the highlights of the Tour de France (faking interest in my enthusiastic descriptions of the psychological warfare of the peloton), and watched the Wimbledon stories on the news with great interest.

Mr5, in particular, is taken with tennis. To the point, where he insisted I download the ‘Stick Tennis’ app so that he could “practise”. No amount of explanation that swiping your finger on an iPhone screen is not the same as actually playing the game will convince him that he is not Roger Federer.

Despite his somewhat flimsy grasp of the rules.

“Mum, do they have hostages in tennis?” he asked earlier this week, busily swiping away at the screen.

“Hostages???” I spluttered, wondering if he’s been taking in a bit too much of the news.

“Yes, hostages,” he said, serene in his swiping.

I spluttered again, but this time with laughter. I knew he didn’t like his time on the sidelines as a substitute at soccer on Saturday morning, but I had no idea it was having this effect on him!