The State of The Family Nicknames Address 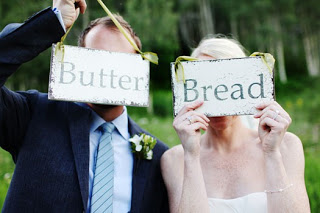 Ours is a house of nicknames. I knew it to be so when I was contemplating getting an Uberkate Circle necklace and my first two choices of names for each of my boys was not the name they were given at birth. True story. I had two nicknames each lined up before their actual Christian names. And I had not even depleted my supply of nicknames. I could have added at least one more each to the list.

When we were growing up at Casa Tait, we all had several nicknames. My Dad was – actually make that is – a demon for them. None of them made any sense. Many of them came with their own songs. Or a poem. Maxabella, in particular, seemed to attract the musical variety. I cannot think of her nicknames today without adding the ensuing lines that go with them. She’s a walking Andrew Lloyd Webber production.

The only one who doesn’t have a pantheon of nicknames spilling out behind him is my brother TICH. His name was, and always has been, simplified to one letter. M. Later he became Mmmmmers. And is known as Uncle Mmmmmers to his many, many nieces and nephews. But he was just plain old M for the longest time.

The boys are bearing up well under the weight of their many nicknames. As embarrassing as some of them are. Mr8, however, has drawn the line at being addressed as ‘Doodlebug’* in public. He believes it to be undignified. I’m not even sure where that one came from. It’s relatively new and I am doing my best to confine it’s use to the Fibro. But it’s just such a nice word. It really rolls off the tongue, don’t you think?

I’m guessing it’s one of those genetic things. Like discussing the weather at length. But maybe I’m just kidding myself and it’s more widespread than I thought. So I’m asking…

Is yours a house of nicknames? Do you have one or more per member of household? Are any or all horribly embarrassing? If so, please share. We won’t laugh at all. Not one little bit**.

[image: The Builder will henceforth be known as ‘Bread’ as per this lovely pic from Luxe Mountain Weddings blog}

*Note, this was not one of the choices for the UberCircle
**okay, maybe just a little