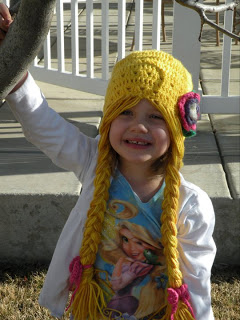 A friend of mine confessed via Facebook today that she’d had a perm. A perm. Seriously? First, I laughed and put a sarky comment on her status update. Then I posted a status update on the Fibro page, asking Friends of Fibro to share their own perm stories.

But even that wasn’t enough. And so I’m blogging about it. Partly, I think, because I am in awe.

I am the most boring person on the planet when it comes to hair. I’ve had essentially the same hair for 20 years. Long, red, curly (okay, frizzy unless drenched in 1001 lotions and potions).

Prior to that, I had … the same hair. Oh it was shorter when my Mum was in charge (because I wouldn’t have wanted to deal with my mop either). There was a fringe. There was a moment of asymmetric madness in the late 1980s (all the better to show off my button earrings). A bob.

I’ve never gone blonde, or brown, or black, or pink. I’ve had it straightened once or twice and it was nice for the 20 minutes it lasted but, really, not worth the effort to do every day. I wear it up every day and wear it long and curly when I go out. I colour it now to cover the greys, but I’ve finally found a colourist who can make it look close to what it looked like naturally about five years ago.

As I said, the most boring person when it comes to hair.

I put some of it down to being a redhead. The colour was pretty good, why muck about with it? The rest I just put down to me being boring.

The big problem, of course, is what happens next. It’s probably time to cut it off. But if I cut it off, it’s harder to deal with (much curlier and frizzier – no perm required). I’ll continue to colour but at what point do I decide that I can’t be a redhead any more?

Who knew that a lack-of-signature style would throw up such conundrums?

What’s your hair history? Have you ever had a perm?

[image: if all else fails, I’m getting me one of these Rapunzel hats from Evermicha/Etsy]