The Very Hungry Caterpillar (aka Why do you blog?) 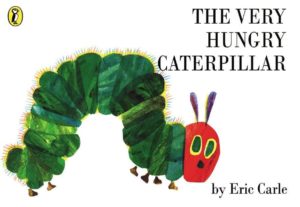 Why do you blog?

If I’ve learned nothing else in my many months of blogging, I’ve learned the value of recording the little things. Snippets. Pictures. A thought here. A moment there. And it’s for that reason that I’m writing today’s post.

It’s been a bit of a Mr4 week this week, but that’s okay. He’s off to big school next year. So many of his thoughts and ideas and random utterances will be heard by other people.

But this one, today’s one, was mine.

The scene: Mr4, Mr7 and I are in the car, on our way to take Mr7 to his piano lesson. The boys are chatting about this and that. Mr4 tells Mr7 how hungry he is.

“You can’t possibly be hungry,” I say, interrupting. Mr4 is in the midst of a hollow-legs phase. “You ate a lot today.”

“Well,” says Mr4, considering. “I had two pieces of buttery toasters for breakfast. And a milkshake. And half a caramel slice. And an apple. And a ham wrap. And a cheesestick. And some sultanas. And some crackers. And four strawberries…”

“And then,” he continued, in exactly the same tone of voice. “I ate one nice green leaf, and I felt much better.”

Mr7 and I cracked up, while Mr4 grinned from ear to ear. Did you see what he did there? It seems that Mr4 is learning the art of the punchline.