The things you do (as a Mum) 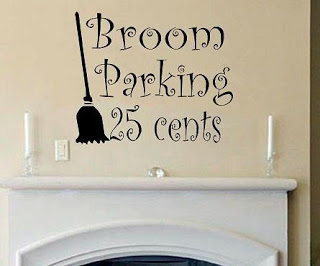 I spent some time this afternoon attempting to hit my four year old with a broom handle. Not exactly where I pictured myself when I fondly imagined my mothering years. Before you call DOCS, let me hasten to assure you that he asked me to undertake this exercise. Asked for it, I tell you.

Mr4 has taken up Little Ninjas. Following in the footsteps of, and standing alongside his big brother, in blue pyjamas. He was very keen on the whole thing, practising his sparring stance and his back-break falls with enthusiasm – until they brought out the stick.

We have reached the ‘self-defence’ module of this term’s lessons, and part of this involves learning to dodge a large, red (admittedly well-padded) stick. Mr4 took one look at said stick and ran screaming for his mother – which strikes me as a sensible thing to do, but what would I know?

Apparently, he must learn to dodge the stick. To go one way when it goes the other. Or some such. I say he graduates with honours – he has learned to dodge the stick by running at breakneck speed in the opposite direction. However, it turns out that he will not get the ‘stripe’ on his belt for this particular module unless he faces the stick. Or ‘The Stick’ as it has become known in the Fibro. Like ‘The Blob’ or ‘The Thing’, only much thinner.

On the way home, after a serious discussion about how the correct response to the question ‘what do you do when a stranger tries to drag you into a car?’ is not, as Mr4 tried in class, ‘get in the car’ (accompanied by big smile), we talked about the importance of facing fears. About how fears only got bigger if you didn’t turn around and look at them. How they grew in your mind while you had your eyes closed. Mr4 took that on board and then asked me to help him face down The Stick.

So, being the candidate for Mother of the Year that we know me to be, I spent some time practising with him this afternoon. I even thwacked the handle on the ground as it whistled past his ears (okay, came down somewhere in the vicinity of his body), so that he would not be frightened of any sound effects The Stick might emit. Even so, I’m not sure that I’m doing it right. When I come at him with a broom handle, he giggles. I clearly need to get a tougher expression as the wielder of The Stick.

We have until Monday to build up his courage enough to dodge The Stick on his own. Mr7 sits behind me, giving helpful big-brotherly advice like ‘don’t let it hit you’. Right. With a team like this on his side, how can Mr4 fail?

I also managed to slip some ‘wrist escape’ practice into the mix. This is the move you use when someone has you by the arm and is attempting to drag you into a car. It involves pulling up in the opposite direction from the person’s grip. Or something. Mr4 was perturbed that I was trying to drag him into a pot plant, not a car, but I assured him the method was the same.

And I will sleep easier tonight knowing that if he learned nothing else today, he knows that the correct response if someone tries to drag you into a car is to run screaming to Mum.

Have you found yourself in an unusual situation as a Mum? And how did you have the ‘stranger danger’ talk without freaking out your child?