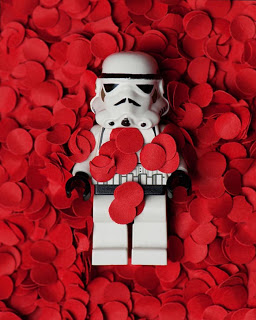 Last night, The Builder and I watched a documentary he’d recorded some time ago. He’d suggested watching it a few times, but there always seem to be something better on. Partly due to the subject matter of said doco – people who jump rope. For sport.

The last time I had anything to do with a skipping rope was my ill-fated attempt to rejoin a boxing class after the birth of my second child. Let’s just say that certain muscles proved ill-equipped for the challenge of skipping in 60 second bursts. Pelvic floor muscles can be temperamental beasts, to say the least.

Anyway, pickings were lean in TV land last night, so we put on Jump! (a documentary by Helen Hood Scheer with Scott B. Morgan). It followed a group of jump rope competitors through practice to national championships and then to world championships. We learned about speed jumping, single freestyle, double dutch single, double dutch pairs… We met Tori, a 12-year-old asthmatic whose intense drive allows her to nearly burst a gasket and still win a world championship. We met Marcus, super-talented but playing it too safe to take the big prizes. And we met Nick and Jeff, who make their routines so insanely difficult that it’s almost impossible to get through them without mistakes – and that’s the way they like it.

These people do things with skipping ropes that I can only lie back on the sofa and dream about as I watch. But the documentary was so well done that I wanted to have a go. You could see the passion that these kids had for their sport. A sport that most people have never heard of.

That’s the thing with passion. It can take you into all sorts of weird and wonderful areas. It can make you into a crafter or a collector. It can see you running around a football field in the middle of winter or swimming lap after lap of a pool all year round. It can have you jumping off cliffs attached only to a thin rope or climbing mountains just because they’re there. Or it can have you reciting every line from Star Wars and dressing in full Storm Trooper costumes.

I think the closest thing I have to a passion is writing. I say the closest because I don’t agree with the person who said ‘find what you love the most and you’ll never work another day in your life’. I love writing and can’t imagine doing anything else, but there are days when the saying ‘familiarity breeds contempt’ is closer to summing up how I feel about it. I recently wrote a letter to Mr7 (long story) about a year after he wrote one to me (long story). It said in part: ‘Sorry it has taken me so long to write back. Mummy writes so much for work these days that she’s forgotten that writing can be fun’.

But I have been doing my 500 words a day (well, five days out of seven this week for a total of 2539), and I’m rediscovering the joy of noodling about with words. With any luck, I’ll be back to a fullblown love affair within a few weeks.

In the meantime, what’s your passion? And if you’re playing along with my 500 words a day challenge, how did you fare this week?