So long and thanks for all the Hot Potatoes 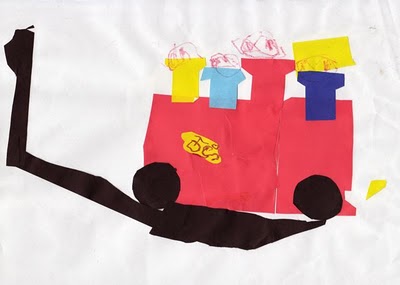 On Sunday I did something I’ll probably never, ever do again in my lifetime. I attended a Wiggles concert. My fourth Wiggles concert to be precise. That’s the thing with having your kids three years apart, you get to Rock A Bye Your Bear lots and lots and lots of times.

I remember my first Wiggles gig. It was at a club local to where we lived in the Big Smoke. They did three shows there, back to back. We got the 10.30am show, the difficult show.

Difficult because it’s key mid-morning sleep time for about three quarters of the audience.

Mr7, who I hasten to point out was two at the time, sat on my lap, unmoving for the entire show. I bought him a t-shirt – his first-ever Gig T – and we went home.

I had more fun than he did. No really, I loved it. Bare stage, four guys in t-shirts, no back-up dancers, no dog, no dinosaur. They brought the house down. Oh, how the mums screamed and sang along.

By the time we went back the following year, Mr7 (then two) was a devoted groupie. He took his guitar to play along with Murray. He’d worked on the actions. He was ready.

We sat on the floor with Maxabella and her crew, not far from the front. Murray and Jeff ran through the crowd and, I confess, I screamed. I am a Murray girl. Go figure. In my defense, I saw him on Spicks and Specks – he’s musically very knowledgeable. It’s kind of an intellectual crush… I’m not making this better am I?

Mr4 attended his first Wiggles event at the dreaded Christmas concert. Mr7 was, by this stage, at school and heavily into Star Wars. Gran, Mr4 (then two) and I took the limousine service (aka Pops) to the front door of the Wollongong Entertainment Centre, sat somewhere in the nosebleed seats and watched the Circus extravaganza. He was mildly interested. He liked The Big Red Car. I didn’t scream. Too far away.

Which brings me to Sunday. Five rows back, up the road. Perfect. The four of us went – we dragged Mr7 along for old times sake and he was noted to be singing along despite his best efforts to appear above it all. He did confess to enjoying seeing Sam live for the first time – it had been Greg all the way in his day.

Mr4 had a little dance, played his ukelele, wiggled a bit. The Builder got his first eyeful of the fab-to-the-under-fours but enjoyed Mr4’s performance more. And me? I loved it. I sang along, clapped in all the right spots, laughed at the dumb jokes and fully appreciated the spectacle of an Australian entertainment icon in full flight. They even played Shimmy Shake, my favourite Wiggles song. (Even as I write that I appreciate that not everyone will understand the fact that I even have a favourite Wiggles song.)

One of the best things about the way the Wiggles work? They constantly watch the audience – you can see them doing it, gauging what’s working, taking sheer enjoyment in the kids’ enjoyment.

And so that’s that. My last Wiggles concert. I’d like to take the opportunity to thank Murray, Jeff, Anthony, Sam, Greg, Captain Feathersword and crew for many, many sanity saving moments over the years. I would not have survived the first years of motherhood without your DVDs and I truly appreciate the broad range of musical styles and instruments to which you have introduced my children.

I admit that I never really understood the rose-eating dinosaur, nor why you would choose an octopus as one of your characters, but you write a fine song (some finer than others) and for that reason I will forgive you some of your dicier moments – including that nursery rhyme DVD, and even Cold Spaghetti Western. I will even forgive your onward, ever onward, merchandising steamroller – though possibly not the small voice that repeats ‘Hot Potatoes’ over and over again in the swirly light thing that Mr4 simply had to have on Sunday.

If nothing else, we’ll always have the Shimmy Shake.