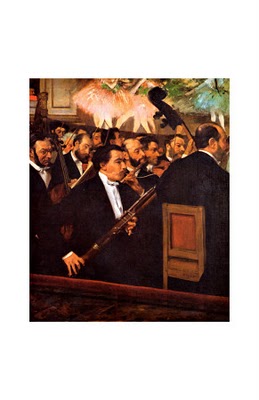 It’s been a long time since The Builder and I have had a date in the Big Smoke. Just the two of us. Not meeting friends or family or dragging the children behind us. So when we found ourselves heading to the Opera House on Saturday night to see Tim Minchin, we spent the opening moments of our date in shock. There were moments of silence, and they were not filled by childish chatter, nor by half-cut friends asking if it was our shout. It was just the two of us. Alone. In the City (we say City now that we are Country folk).

Once we got our first beers in at The Australian, there was much discussion about how busy it was, how cool the girls next to us looked in their 1940s frocks (they were enjoying a very late High Tea… at the pub… I know, but somehow it worked), how much traffic there was… etcetera. We wandered down by the Quay, watching the preparations underway at the Earth Hour stage, marvelling that so much electricity was being used up in the preparations for turning off the lights.

We enjoyed a glass of bubbles in the foyer of the Opera House, watching young women totter past us on high, high heels, watching families with young children in the throng (wondering if the parents knew much about Tim Minchin and his propensity for ‘adult themes’ and F-bombs), watching silver-haired ladies in shawls realise that they were in the wrong place to see The Barber of Seville.

And then we watched Tim Minchin, a whirling dervish of music and comedy and words. So many words. Torrents of words. Walls of words. A battery of words. Funny. So clever. Thought-provoking and managing to offend everyone and no-one at the same time. From our position at the side of the stage, we also had a spectacular view of the Sydney Symphony Orchestra in action. Which provoked even more wondering.

What is the role of the harp in that wall of sound? How do you get the Glockenspiel gig? Why can the orchestra be divided almost down the middle into genders – brass and percussion all men, bar two women. Strings, nearly all women, except for the double bass brigade, all men.

The conductor, Ben Northey, was a star in himself, rocking along and clearly having a lovely time. What must it be like to enjoy your work so much? Equally, what must it be like to be the older French horn player, doing your thing as a wild-haired Rock’n’roll Nerd sings about how “only a ginger, can call another ginger, ginger”. Do you even hear it as you concentrate on your cues to blow your horn? Or do you go to your Happy Place, where only the classics are played?

After the show, a leisurely stroll back into the city (note lowercase, for we are back in the swing of it by now). Gaggles of girls in high, high heels and short, short skirts teeter past, accompanied by young men in blindingly white shirts, open at the neck. In one case, the girl had clearly chosen her companion for his ability to fit neatly under her armpit and hold her up as she navigated the terrain in 18cm heels. Perfect.

Slow lines of cars, shined and polished for the night and thumping out the owner’s execrable musical taste to the world, eased along the road, most full of keen-eyed men, watching, content to spend their night in a traffic jam. Front row seats for the ever-changing show.

The City on Saturday night. Don’t you love it? (And, yes, every time I think of it, the Cold Chisel song comes to mind… got it… you’re welcome for the earworm.)