Escaping our Escape to the Country 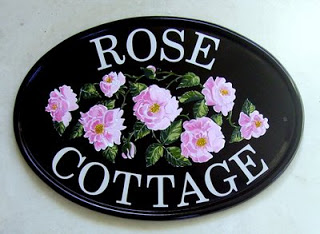 Given my previously confessed television tastes, it will surprise no-one to learn that I am currently obsessed with a lifestyle program about people buying houses in the country. There are no Trawlermen involved. No Monster Moves. No Smithy from The Bill (RIP). Not even Kevin from Grand Designs. But there are houses, British people and loaded discussions about the size of various kitchens and the importance of an Aga.

The premise, if you’ve not yet discovered it on Channel 7 Two, is that a family (taking in everything from couples with cats to couples with enormous numbers of children (plus Grandma) to Dads with grown daughters to candidates for Mother & Son) wants to move from a larger town (everything from London to a large village of 10,000 people) to The Country. In the version currently aired here, presenter Catherine Gee enters the fray to find said family four houses which might be suitable to their needs. Technically, said family is then supposed to fall in love with one of said houses and make an offer. Only they never do.

Catherine is unfailingly cheerful in her quest to fulfill the desires of ‘My Family’, as she calls them. Only once have I seen her calm demeanour slip. And it took an over-bleached blonde with an unflattering tan to do it. Something about putting mirrored tiles all over the dining room of a 17th Century cottage and inserting a full bar didn’t agree with Catherine. But even then, only a faint mew of disgust and subtle roll of the eyes gave her away. And only to those of us who knew her well.

Each week, The Builder and I watch the endless parade of properties – invariably called Rose Cottage – and mentally rearrange the furniture, pulling out walls, and replanting gardens. We’ve discovered we’re not ‘Beamy’ people. Beams usually mean low ceilings and that’s not for us. And we’re partial to an ‘outbuilding’, big windows and a ‘downstairs cloakroom’.

Why, just months ago I nearly fell for a one-bedroom renovated church. Fortunately, sanity intervened. Well, that and the fact that it wasn’t named Rose Cottage.