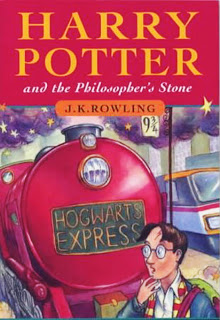 Mr6 and I are reading Harry Potter and The Philosopher’s Stone together. Last year, I read it to him. He loved it. Could recount every detail.

This year, he began reading it to me.

Then someone from school lent him the DVD.

I warned him he wouldn’t like it. This is a kid who has nightmares at the slightest provocation. Somehow I felt that Voldemort was large provocation. But he was not to be dissuaded.

So I let him watch it. With these words ringing in his ears: “I will let you watch this so that next time I tell you that you are too young for a movie you will believe me.”

Five nights of waking up screaming later, he believed me. “I thought Fluffy was soft and purple,” he said of the three-headed doberman depicted in the film.

“I wish you still did,” I answered.

The unfortunate side-effect was that he wouldn’t even read the second book with me. We’d begun it, he was enjoying it. Post-movie, it was pushed so far to the back of the book shelf that we have yet to find it again.

No-one was more surprised than me when he bought out the first book again last week. “Let’s read this,” he said. “I’ve forgotten what happens.”

This time, we’re taking it in turns to read. I love Harry Potter. I do. I read them all before I even had children. They’re just fun. A rollicking good read. Say what you like about J.K Rowling’s literary prowess, the woman knows how to write a great story.

So far, so good. No sign of nightmares or even unsettled dreams. Then again, no sign of Fluffy yet, and only the slightest mention of He Who Shall Not Be Named. I have my fingers crossed we’ll get to the end and he’ll want to go on to Book Two.

Then we’ll just have to find it…