Not quite a sleeping beauty 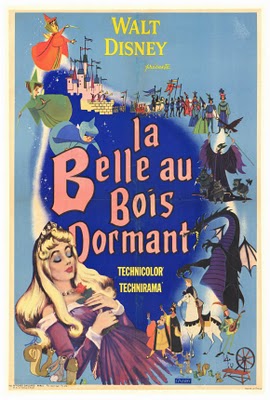 Three things I have learnt in the past 24 hours:

1. Sleep apnea is not just for ‘overweight truck drivers’*

2. It is not possible to have a good night’s sleep on a fold-out bed.

3. The only place open in town, any town, at 6.30am is likely to have Golden Arches out the front.

Mr6 has been for a sleep test. It has been decided that he, the world’s skinniest six year old, has very mild sleep apnea. He snores like a truck driver, but this is the only thing he has in common with that profession, despite a recent visit to a truck show. He also grinds his teeth, throws himself about, talks, moans, dreams wildly – and occasionally forgets to breathe. His is the mild version, though, so it’s only very occasionally. Much better.

Apparently, the problem is with the size of his tonsils and adenoids (large), in comparison with that of his airways (small). This is hereditary, though being overweight does exacerbate the problem, which is why, according to our sleep specialist, people think it is a disease of larger, sedentary people. It’s certainly not something I ever associated with the under-seven brigade.

The specialist thinks he will grow into his tonsils. I suspect that, if this is true, he will end up about 200 cm tall and built like a … Mack Truck. Which is okay by me (although feeding him may be a problem), though looks highly unlikely at this stage.

The interesting thing about sleep tests is that they put you in a tiny little room, wire you up with about 87 long leads, including five or six stuck to your head with dissolvable glue, stick prongs up your nose and then say ‘okay, go to sleep now’. Of course.

Suffice to say, Mr6 had the worst night sleep he has had in, well, ages. And so did his Mum. Oh, yes I did. (You only put guests on a fold-out bed if you really don’t want them to stay.) All the way through to 5.30am, when we were evicted (they need to clean the room for the day surgery people) into an unknown town where we had to amuse ourselves for five hours before our next appointment. It is moments like this that McDonald’s really comes into its own.

I’ll be back, bright-eyed and bushy tailed tomorrow.

(A word about spelling. My instinct was to go with ‘apnoea’, but research into various Australian sleep associations revealed that they tend to go with the simpler ‘apnea’ spelling, so I’ve followed suit.)