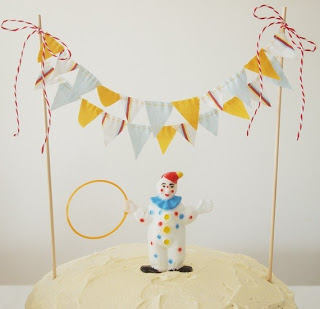 (Thank you for your kind wishes, I’m fine.)

Among the many notes that come home from school, cunningly disguised on different coloured pieces of paper in an effort to make them Stand Out! and Look Fun!, the one that announces the impending fete could well be the most shocking. For you know that soon there will be raffle tickets to sell, trash’n’treasure to sort, baskets to fill, hampers to contribute to, and a deluge of rainbow-coloured notes to be endured.

But it’s all over now.

Being the good P&F member that I am, I was helping to man a stall today. The book stall. My natural habitat. I was not in charge. I made sure of that. But I was there, sorting the books into $5, $2 and $1 sections. Doing the mental arithmetic (I’ve still got it!). Wondering about the kinds of books that people offload…

There was a lot of Maeve Binchy this year. Has she gone out of fashion? I love a bit of Maeve. Soft, gentle stories well told. There was what looked like someone’s entire Andy McNab collection. Surely the SAS never goes out of fashion? Jeffrey Deaver’s shiny byline was blinding in its prevalence, as was Lee Childs’s Jack Reacher novels. Someone else decided it was finally time to offload the Virginia Andrews back catalogue.

“Looks like these have been in someone’s cupboard since then,” she said, picking up the tattered copy of Flowers in the Attic, which immediately fell open to a well-worn section. We looked at each other and hurriedly returned it to the display.

I had taken the opportunity to clear out a few shelves in the Fibro. Which led to the bizarre situation where my Mum came past, picked up a book that had been on my shelf, and then had to pay $2 to buy it. I know. I can’t quite believe I charged my own mother to buy my recently-owned book either. But I felt trapped – it was on the table, it had been donated, there was an audience and, besides, it’s a fund-raiser, right?

No, I won’t be living it down in a hurry.

Of course, it was the books that didn’t make the table that were the subject of much discussion. It’s a Catholic primary school, so you’d expect the three or four copies of the New Testament, as well as the slew of school readers that mysteriously find their way back to school as ‘donations’. But a copy of 365 ways to drive a man wild in bed? It’s not so much that someone would have it – there’s many a spicy, diverse sex life happening behind closed doors. But to donate it to the school fete? What exactly are you saying with that gesture? You’ve given up? You don’t need it any more? There’s plenty more where that came from? You’re happy with just the one wild way, thanks?

All in all, the volunteer team agreed later over a beer at the pub, it was a good day. Teachers got dunked, there was the usual melee at the jumping castle, the kids all came home with other kids’ cast-off toys (Mr3 is now the proud owner of a large, plastic motorcycle of indeterminate use, bought for a bargain price), and there were enough trestle tables to go around (unheard of in the history of fetes in general). I even picked up some cool, handmade bunting for $5 – perhaps not as cute as the cake bunting from KikiLaRu in the image, but still…

We can all breathe a sigh of relief and stop ducking the coloured notes. Til next year.