Just in case you thought you could dance… 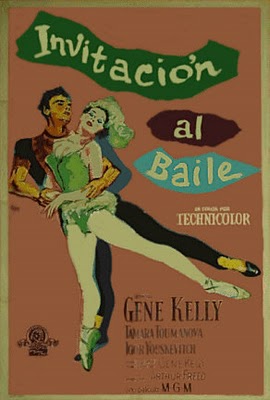 Sometimes the Universe conspires to send you a message. Usually a timely one. I received one today. It reminded me that while my mind is capable of wondrous feats, my body is not what it was. Don’t get me wrong, it goes okay, but…

We rolled up to discover a full foyer and lots of kids. Unusual, but we were quite excited that so many Fibrotown folk had turned out for a ‘dancing thing’. The program made it all sound very exciting. We were there to see ‘The Next Step: Do it On the Dance Floor’, featuring the director and artists from Dein Perry’s ‘Tap Dogs’, as well as contestants from Australia’s So You Think You Can Dance. I loved ‘Tap Dogs’ and while I’ve never watched SYTYCD, Mum loves it. We were happy. We had a glass of wine and climbed up to our seats in row G.

The show began. Five minutes later, we were checking our tickets in consternation – were we there for the right night? Tickets confirmed we were. Why then were we watching what was obviously a local dance school’s annual concert? The numbers of children in the foyer suddenly became clear – most of them were in the show. “I think it’s just an entree,” I muttered. Five numbers later, we were beginning to wonder.

Admittedly, it was entertaining enough in its own way. Interpretive, modern dance takes on a whole new meaning when it’s performed by 15-year-olds and randomly placed in front of you. There was a standout little girl, in the front row, in the hip hop group – and one, in the back row, whose worried little face immediately caught my attention. She was one step behind the group the whole time, thrusting her tiny hips right when everyone else went left. I loved her.

Watching as the show unfolded, ballet following hip hop following a rather lengthly piece from Mary Poppins, I felt sympathy for my Dad, and my brother, subjected to years and years of watching other people’s children perform whilst waiting for a two-minute burst from one of us at the annual ballet concert. I think I may have even perfected my own version of the concert face.

At the end of the display, we were told we’d been watching [insert name of local dance school]. At no other time had this been mentioned. It was like those infuriating moments when you’re listening to the radio and you have to wait half an hour for the back announcement of what you were listening to.

After a short interval, during which I contemplated the fact that the ‘dancing thing’ was proving to be as vague as its title, the real show began. And I sat there with my 66-year-old mother and watched 12 guys – seven dancers, one singer, one rapper, three band members – tear up the stage. It was brilliant. Loud, hip-hoppy, brilliant. There was even a tap-off. I love a tap-off. It’s like Fight Club, only with less blood. Watching the dancers, I was struck by the absolute joy with which they approached their work. They were so damn happy to be there. They were dancing like no-one was watching, only we were all watching their every move. Complete assurance. Complete freedom.

It was the kind of moment that could see a person go and sign up for dance classes, 20 years after their last dance class.

Fortunately, the Universe was watching out for me. This afternoon, Fam Fibro went to the local aquatic centre for some swimming and waterslide shenanigans. I attempted a few laps. Very slow laps. I managed 250 metres. Fifty metres of freestyle. Two hundred metres of breaststroke. Even as I type this, I can feel my muscles protesting. I will wake tomorrow to sore thighs, sore arms… and all from a ‘low-impact’ form of exercise.

I don’t think I’ll be attempting a ‘dancing thing’ any time soon.