Do you suffer from Turrets Syndrome? 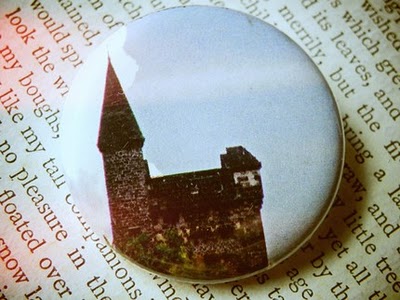 Rediscovering a favourite book is like rediscovering an old friend. It can take you back to a time and a place in moments, even if that time has long been left behind. It can also explain a lot.

You’ll remember the plastic bag that contained the stunning evidence of my glamorous modeling past? It also held another treasure. A real treasure. A battered, green, copy of Ruth Park’s book Callie’s Castle. As I held it in my hand, I was immediately 11 years old again. It was the year that, after various permutations of sharing with my sisters, I ended up back in my own room. It was the year that I read Storm Boy by Colin Thiele and wept buckets over the death of Mr Percival. It was the year that I learned about ‘being a woman’ thanks to a book called ‘Have you started yet?’ (still, I see, available on Amazon).

Callie is the oldest girl in a family of four children. She has a brother who is sick, a little sister and baby brother who are destructive, a step-dad and no room of her own. A situation exquisitely awful when you are 11. As the book opens, she arrives home to find all her treasures have been taken from ‘her’ drawer and destroyed by her youngest siblings. Even her diary has been drawn in. Shudder.

There are family dramas, a kindly grandfather, squabbles with friends – and by the end of the book, Callie is ensconced in the cupola. Her own space. In a turret, with views as far as Botany Bay. And a tiny spiral staircase.

I can trace my love of turrets back to this book. Not Rapunzel or Sleeping Beauty or any of those other princesses. This book. The idea of an unassailable space all of one’s very own. The joy.

When The Builder and I first moved in together, we lived in a little brick semi-detached cottage, at the end of a culdersac, beside a noisy block of flats. The toilet was out the back door, my ‘office’ was a breeding ground for mold. Around the corner from us was a splendid Federation cottage, with a turret. It was called Penzance. I loved it. Every time we walked past, which was often, I’d say to The Builder, “I just love a turret.” Every now and then, we still drive past it. “There’s your turret,” he says. We smile.

On rereading, with the benefit (or not) of 30 years, the book still holds up. Callie’s confusion and bewilderment as puberty beckons is real. Her desire for independence and a room to call her own resonates. It’s a great yarn and, old-fashioned as it is, would make a great gift for any girl around the same age.

If nothing else, it will spark in her a lifelong love of turrets. Even now, I aspire to a turret. A writer, starving in a turret. Much more glamorous than a garret, don’t you think?