My first mammogram: What are you waiting for? 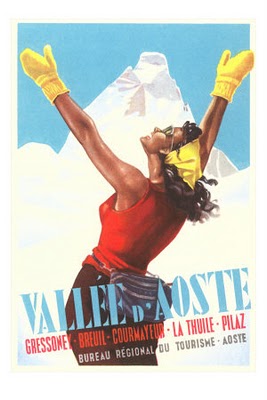 When I turned 40, I decided I would have my first mammogram. I’d be proactive. I picked up a brochure, enquired politely at the Breastscreen NSW office how long the current waiting list was (a couple of weeks) and headed home to make the appointment.

When I turned 41, I realised that I’d never made that appointment. I resolved to try harder.

Four months later, Sarah from Ah, The Possibilities wrote a blog post about a friend of a friend who was somewhere around my age and had just been diagnosed with advanced breast cancer. She has a three year old and an eight-month-old. Around the same time, Annie at Living Life as Me described her journey as a regular visitor at the Breast Screen Clinic. She has a lump and goes back every year to make sure nothing has changed with it.

I made the appointment.

Three weeks later, this week, I presented myself for my first mammogram. I wasn’t sure what to expect. All I knew was that there was squashing of the breast involved. People complained that it hurt. That it was inelegant. Having been through a three-day labour complete with emergency c-section, post-operative complications that involved me walking like the Hunchback of Notre Dame for three months, and a suppository just to get out of the damn hospital, a little breast squashing didn’t sound too scary.

Upon my arrival, I discussed skiing with the front-line lady. She didn’t look like the skiing type. She looked like a woman who liked nothing more than a large G&T and a game of bingo, but looks can be deceiving. She likes skiing at Aspen but prefers the scenery at Banff. Having never skied, nor been to either place, I didn’t have much to add, but I enjoyed listening to her. Her voice was Julia Gillard-flat, but enthusiasm gave it peaks and valleys.

After she ascertained that I was not, in fact, just there for the travelogue, she gave me a form to fill out and told me that I was in ‘really good hands’ that day. Given that every breast check I’d ever had in the past relied on a quality feel up, I was pleased about that.

It was while perusing the form that I had my first reality check. Right at the top, in the disclaimer section, where you have to answer Yes or No to questions about breast implants and medical history is this statement: I understand that this test may not pick up existing cancers. Or words to that effect.

It suddenly occurred to me that this scan might actually reveal a cancer. That I might be that one in 11 women. I considered running. But then thought about Sarah’s friend. It has to be better to know, and know early, right?

I ticked the box, signed the form and handed it back to my Aspen friend.

The mammogram didn’t hurt. Watching my breasts spread out on a plate before me and squished was somewhat disquieting – but mostly because I remember what they were like before breastfeeding diminished their glory. The sideways view, where you have to get your armpit on the machine to get the position right is uncomfortable. But that’s it.

The worst part – I don’t get my results for two weeks. Which seems a long time to wait. Then again, I’m a writer. I’m used to waiting. And this time around, I’m hoping for a rejection letter. “No further tests needed. See you in two years.”

What are you waiting for?
{image: allposters.com}

I’m flogging my blog this fine Friday with Lori at RRSAHM – there are lots of great blogs to read over there, go see!