Goodness me, haven’t I grown? 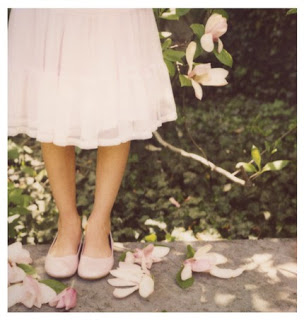 The Builder went to the Big Smoke today. An unexpected trip to play courier for work. He had to visit our old suburb, and had time to photograph the magnolia tree in full flower out the front of our old house. We planted that tree before Mr6 was born. A tiny little twig of thing (the tree, not the baby). Now it’s four metres tall and covered in white, dish-sized, scented blooms. So beautiful.

If that tree were a child, our first response upon seeing it would be ‘goodness me, haven’t you grown?’. When you’re a kid, that phrase drives you nuts. Of course you’ve grown in the month/year/lifetime since this grown up laid eyes on you. As a sensitive teenage girl, you’re likely to turn this simple comment into a criticism of your general hugeness.

It’s not until you’re a grown-up yourself that you understand what those people were on about. That it wasn’t a comment about you at all. That what they were really saying was this: ‘goodness me, haven’t I grown older?’

There’s nothing like the growing of other people’s children to remind you that time is passing. You see your own every day and stop occasionally to think ‘wasn’t it just yesterday that you first said ‘mama’?’, but mostly you’re wondering why you hear ‘Mu-u-um’ in a whiney voice 50 times a day. But other people’s kids, particularly those that you don’t see often, give you pause for thought.

They personify the ever-forward march of time, as they progress in leaps and bounds from piggytails and pinafores, through High School Musical, and into skinny jeans, hairstyles inspired by The Runaways, and a whole lot of ‘whatever’. They let you know that while you might still feel young and even look young (lucky you), chances are that you’re no longer young. Or at least not as young as you were ten years ago.

Trees are the same. Only they don’t say ‘whatever’.