It’s all mystery from here 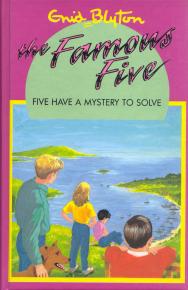 There is a reason that crime fiction sells in huge quantities around the world. Humans love a mystery. Even when there’s no mystery.

Last week, Fam Fibro hit the road, winding up at various locations (of which you’ll no doubt hear more over the coming week). One of these places was Mystery Bay, just south of Narooma on the NSW South Coast.

Mr6 was captivated by the prospect of this destination as soon as he heard about it. “What’s the mystery?” he kept asking. “Will we find clues and solve it?”

Mr3, not to be left out, began singing the theme song from his latest favourite show on ABC Kids – Hooray For Huckle – “You and me solve a mystewy with Huckle”, over and over.

Suffice to say that The Builder and I wished we’d never heard of Mystery Bay by the time we actually got there on the last night of our holiday.

Once there, however, we got into it. Mr6 is a Famous Five fan. He loves the whole sleuthing, smuggling, sneaking gang, from bossy Julian to grumpy George to housewifey Anne to personality-free Dick to fearless Timmy. Add in his current zest for Zac Power and the mighty influence of Star Wars, and we found ourselves heading off down a bush path in search of the mystery of Mystery Bay – accompanied by a ‘SpyPad’, a torch/lightsabre, a plastic compass and a Spy ID card. We were fully equipped for whatever we might find.

We were not disappointed. Billy’s Beach, on Mystery Bay, is a wild and windswept place, cleaved by a swathe of blue pebbly shale, surrounded by cliffs and featuring (gasp) two perfect ‘smugglers caves’ and tunnel furrowed out by the water near the beach.

Mr6 immediately began plotting a mystery story, involving boats and smugglers and, in true Blyton tradition, afternoon tea, at nearby Montague Island. Mr3 busied himself looking for ‘clues’, turning up a couple of shells and several opportunities to get his feet soaked. In the end, he turned to us and stated that he couldn’t see a mystery – and what did one look like anyway?

We took a lot of photos. Mr6 has promised that if I buy him a new notebook, he will write out his mystery and use our photos to illustrate it. A brand new Mr6 original book. Guess who’s going stationery shopping tomorrow?

The true mystery of Mystery Bay remains a mystery. It involves boatloads of men disappearing never to be seen again. I think I’m going to like Mr6’s version better.