Romeo and Juliet: A Fibrotown Fable 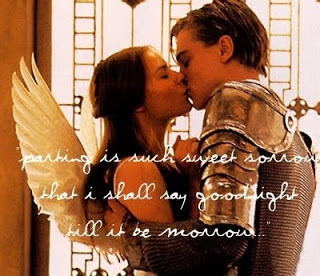 They were walking toward me, past the wide, empty car park on a windswept street. She was blonde. Skinny, tight jeans. Skinny, tight top. Skinny, tight face. The nappy bag over her shoulder weighed heavily on her childish frame.

He wasn’t much bigger, barely filling out the shoulders of his hoodie, the wideness of his flat-brimmed cap exaggerating the slim youth of his face. Red, angry pimples were all the decoration he needed.

Before them, two tiny feet waved from beneath the wrap flung over the flimsy stroller. The collapsible kind that looks as though it’ll blow inside out in a stiff breeze. Kick, kick, kick.

They stopped. In the middle of the car park entrance. I couldn’t hear what was said. Didn’t need to. Her arms were crossed, her body was rigid, her toe tapped. He looked confused, gesturing to the pram. She shook her head.

Moments later, a fully-loaded, fully-sick, fully-lowered, fully-ridiculous purple car screeched into the driveway beside her. Three older guys inside. She threw the nappy bag at him, got into the back, the door slammed and the car thrust back onto the road and drove off. Cue: screaming tires underpinned by the relentless doof-doof of a bass line.

By now, I was almost level with those tiny feet.

The boy – for he was no more than 15 – looked lost. His eyes followed the girl, now far down the street, in another world. He hoisted the nappy bag over his shoulder, put both hands on the little stroller and began to push.

Half an hour later, as I returned home, I passed the same place. He was slowly walking back toward me, on the opposite side of the street. Kick, kick, kick. Now, though, the light was fading. The baby was fretting. He looked worried and alone.

Where was he going? Would there be a warm reception for him and those tiny, pink feet? I couldn’t see it.

I think about those three often. Two kids with a kid. Her, fed up to a place beyond reason. Him, not knowing where to start. Once upon a time, they probably imagined themselves in love. Maybe.

Shakespeare’s Romeo and Juliet has never been one of my favourite plays. All that angst, all that tragedy. But he couldn’t have written a different ending. The alternative is played out on the streets of Fibrotown – and indeed, all over the world – every day.

As that other great bard, John Cougar Mellencamp, put it in his seminal work ‘Jack and Diane’ – “Oh yeah, life goes on, long after the thrill of living is gone…”